SEOUL, April 28 (Yonhap) -- Anyone convicted of sexual offenses will be barred from taking the teacher recruitment exam, the Ministry of Education said Tuesday, as the relevant law has been revised under the government's drive to stamp out sexual violence.

The Cabinet meeting approved the revision of the Decree on the Appointment of Public Education Officials in the morning, providing the legal grounds for prohibiting people punished for sexual crimes from applying for teaching positions at local schools, the ministry said.

The revised decree specifically bans anybody with a record of being convicted for sexual crimes, including those against minors, from taking the teacher recruitment exam, the ministry explained. 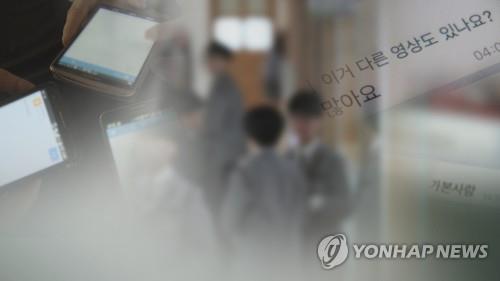 The current laws on the appointment of public education officials and state public officials already disqualify people convicted of sexual offenses from being teachers. For instance, the Public Education Officials Act disqualifies people convicted of sexual offenses against minors and fined more than 1 million won (US$815) for sexual crimes against adults from being teachers.

But there has been no legal clause on banning convicted sex offenders from taking the teacher recruitment exam.

"In the past, teacher exam applicants were notified of the ineligibility conditions for teachers. But it was legally impossible to ban the ineligible applicants from taking the exam," said a ministry official.

"For that reason, some ineligible applicants had managed to pass the recruitment exam and reach the final interview stage, stripping other innocent applicants of opportunities to become teachers," the official explained.

Following the legal revision, the ministry said it will discuss follow-up measures, including obliging those who pass the written exam to submit their criminal record certificates.

The ministry said it is also planning to revise the current laws to bar digital sexual offenders from teaching positions.

The government said it will treat any production of digital sexual materials as a felony crime and eliminate the statute of limitations for offenders.