It marks the first time for a local news outlet to produce the automated articles using machine learning, a type of AI technology, and natural language processing (NLP) algorithms.

The system predicts and automatically writes weather articles based off data collected from the state weather agency and fine particle data provided by the Korea Environment Corp.

"We expect journalism to be revolutionized as journalists can further focus on in-depth coverage when utilizing AI to heighten news services," said Kim Tae-han, a Yonhap News Agency official, in a press release. 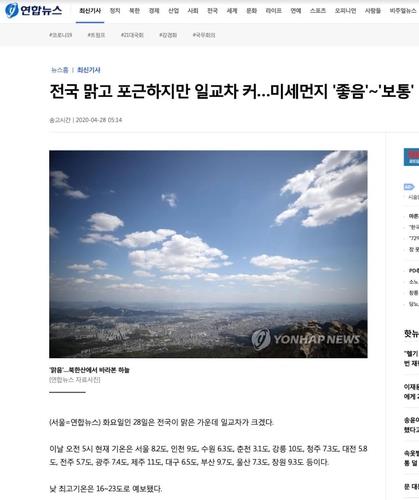 Machine learning is a core technology of AI that provides computers with the ability to learn without being explicitly programmed.

NLP is a field of computer science, AI and computational linguistics concerned with the interactions between computers and humans.

Major news outlets around the globe have already taken advantage of AI to improve the efficiency of news-writing processes and provide richer content to readers.

The AI-based automated weather articles will be provided three times a day and delivered on Yonhap News Agency's websites, as well as major portal outlets, such as Naver.

Yonhap News Agency said it is pushing to apply such technologies to weather articles of regions across the country, as well as North Korea.

In May 2018, the two companies signed an agreement to conduct joint research to apply NCSOFT's AI technologies to create news content.

NCSOFT launched an exclusive division devoted to AI in 2011 -- making it the first major local game developer to do so. It employs 150 workers studying voice and image recognition solutions, along with the processing of natural languages. 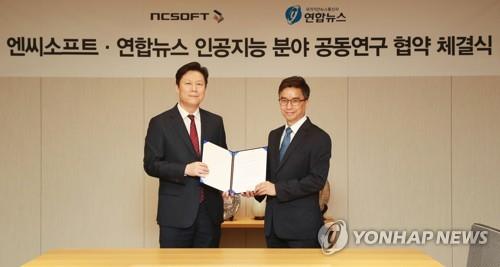