SEOUL, April 28 (Yonhap) -- South Korea's credit card spending fell at the fastest rate ever last month, data showed Tuesday, amid the spread of the new coronavirus that continued to keep people away from unnecessary contact.

In March, the amount of purchases using credit and debit cards dropped 4.3 percent from the same month last year, according to the data from the Credit Finance Association.

The drop marks the steepest on-year decline since the association began compiling such data in 2005.

The decline was largely attributed to the spread of COVID-19 that forced people to avoid crowds and public facilities whenever possible, and spend less. 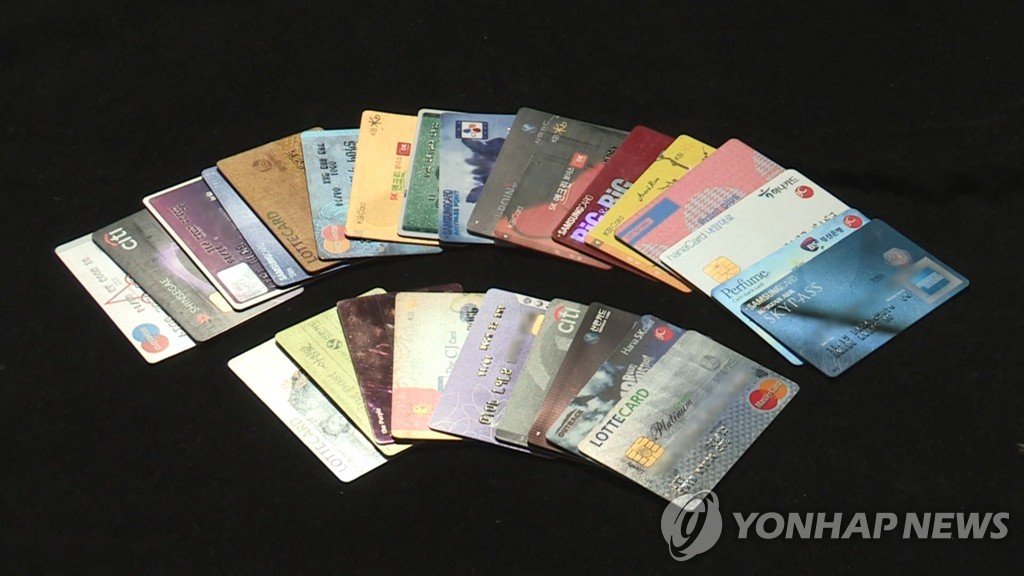 The amount of purchases made in the transportation industry using plastic cards plunged 39.9 percent from a year before in March, while those made in the tourism and other related sectors also tumbled 36.7 percent, according to the association.

Most other sectors also saw their sales dwindle, except for the retail sector, whose card sales gained 5.5 percent from a year earlier on sharp increases in online purchases.

On the other hand, the country's online credit card spending jumped 22.3 percent on-year to over 10 trillion won (US$8.16 billion) in March, earlier data showed.

For the first quarter, the use of credit and debit cards gained 2.5 percent on-year to some 205.8 trillion won.

South Korea reported its first confirmed case of COVID-19 on Jan. 20, but the respiratory disease began to really affect the local economy in March after the number of new daily infection cases peaked at around 900 in late February.