SEOUL, April 28 (Yonhap) -- U.S. Forces Korea (USFK) Commander Gen. Robert Abrams said Tuesday that he will closely monitor the coronavirus situation in South Korea over the next couple of weeks before making a decision on a possible loosening of its virus-related guidelines.

USFK has implemented the Health Protection Condition Level of Charlie for all USFK installations, which limits non-necessary off-post activities to stem the spread of the COVID-19 virus. Last week, it also renewed the current Public Health Emergency for a month to be in effect through May 23.

"The ROK government is talking about potentially relaxing social distancing guidelines in the near future. We are going to let the ROK be the lead on this and see how that works out," Abrams told a radio program of American Forces Network (AFN) Korea.

ROK is the acronym of South Korea's official name, the Republic of Korea.

He pointed to the relatively stable virus situation in South Korea. On Tuesday, the country reported 14 new patients, marking the 10th day in a row that the country saw less than 15 new cases. The total infections came to 10,752.

But Abrams then noted that the South Korean health authorities have said the country is not out of the woods and is guarding against complacency.

USFK has reported 26 coronavirus patients, including two service members. One of the service personnel has fully recovered. 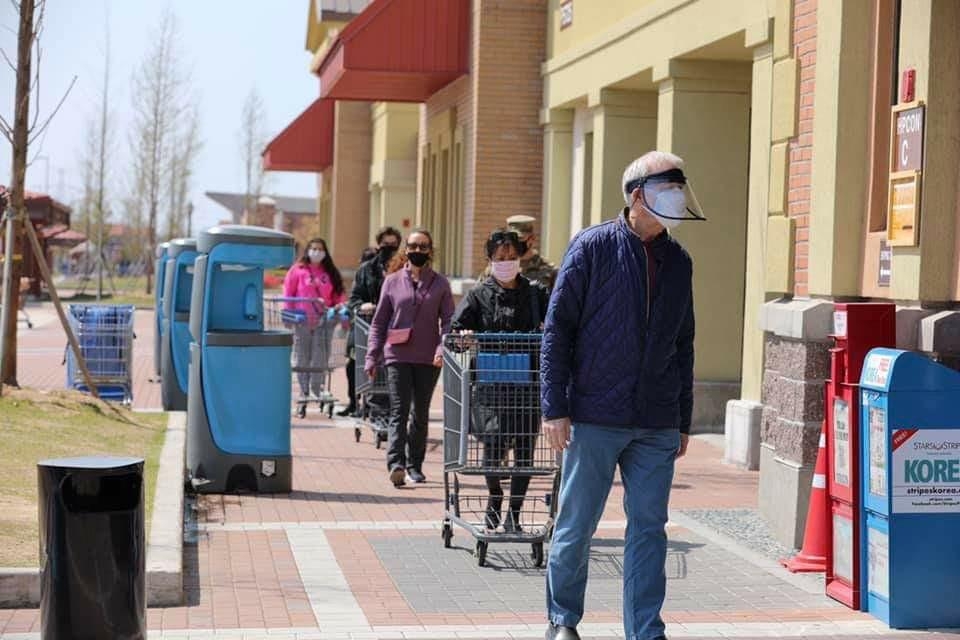 Abrams: USFK to monitor S. Korea's easing of social distancing before deciding whether to follow suit

Abrams: USFK to monitor S. Korea's easing of social distancing before deciding whether to follow suit