The shipments followed the preliminary approval of the diagnostic tools for emergency use by the U.S. Food and Drug Administration (FDA), amid a rapid spread of the COVID-19 outbreak across the United States.

"I thank the ROK for its assistance to the American people in facilitating the purchase of 750,000 COVID-19 tests," he said in the letter, referring to South Korea by its official name, the Republic of Korea. "I am grateful for the rapid response of your government and the three private Korean companies that made this vital procurement possible."

Pompeo then went on to highlight the value of alliance at a time of crisis, saying that such close coordination is "fundamental to executing a swift and effective response."

"The partnership between our nations to address this crisis reflects the strong and unshakable bonds of our alliance," he added.

"Your country has been an exemplary global model by rapidly establishing comprehensive measures to contain the spread and transmission of the virus."

Pompeo has left a similar message of gratitude in a reply to a recent tweet by U.S. Ambassador Harry Harris, in which the top U.S. envoy welcomed Hyundai Motor Co.'s US$4.3 million donation to the U.S. to help develop drive-thru testing at 22 hospitals. 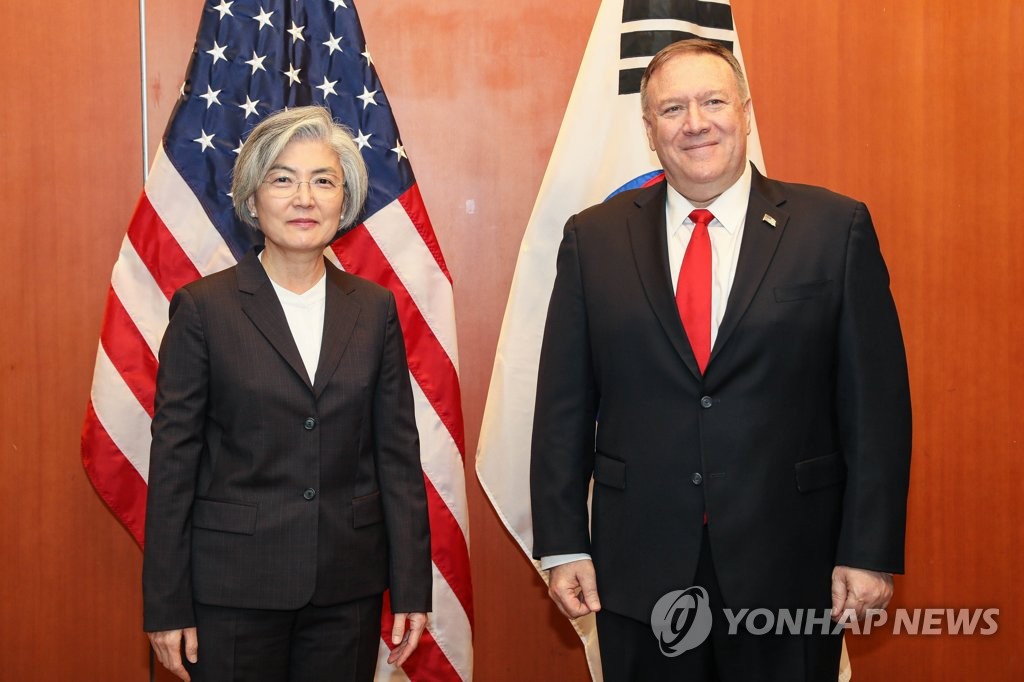