The two sides plan to set up a joint venture within this year before breaking ground on a 30,000-square-meter plot of land inside Hyosung's compound in the southeastern industrial city of Ulsan by March next year.

The plant, which is set to be completed in 2022, will have an annual production capacity of 13,000 tons of liquid hydrogen, enough to power 100,000 hydrogen vehicles on a single charge. 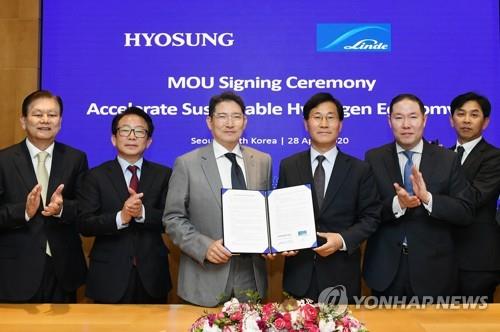 The deal was signed by Hyosung Group Chairman Cho Hyun-joon and Linde Korea Chairman Sung Baek-seok at the company's headquarters in Seoul.

Liquid hydrogen is also used in drones, ships and forklifts.

Last year, South Korea said it will increase the number of hydrogen fuel cell electric vehicles to about 80,000 units by 2022 as part of a broader effort to boost the hydrogen economy. 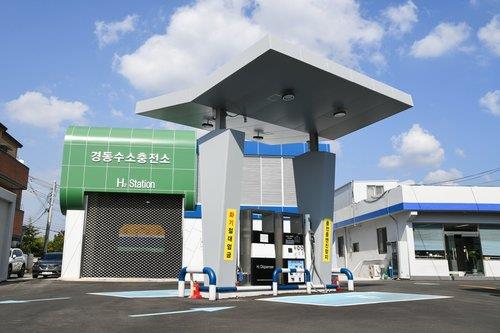