SEOUL, April 29 (Yonhap) -- The Bank of Korea (BOK) has signed an agreement with major local retailers to further expand its pilot program to go coinless, the bank said Wednesday.

Under the memorandum of understanding, signed Tuesday, convenience store chains E-Mart 24 and Ministop will now deposit any change left from cash purchases directly to customers' bank accounts when requested, according to the BOK.

The agreement adds more than 7,000 convenience stores to the list of places where such services are available, along with 15 department stores and six outlet shops run by Hyundai, it added. 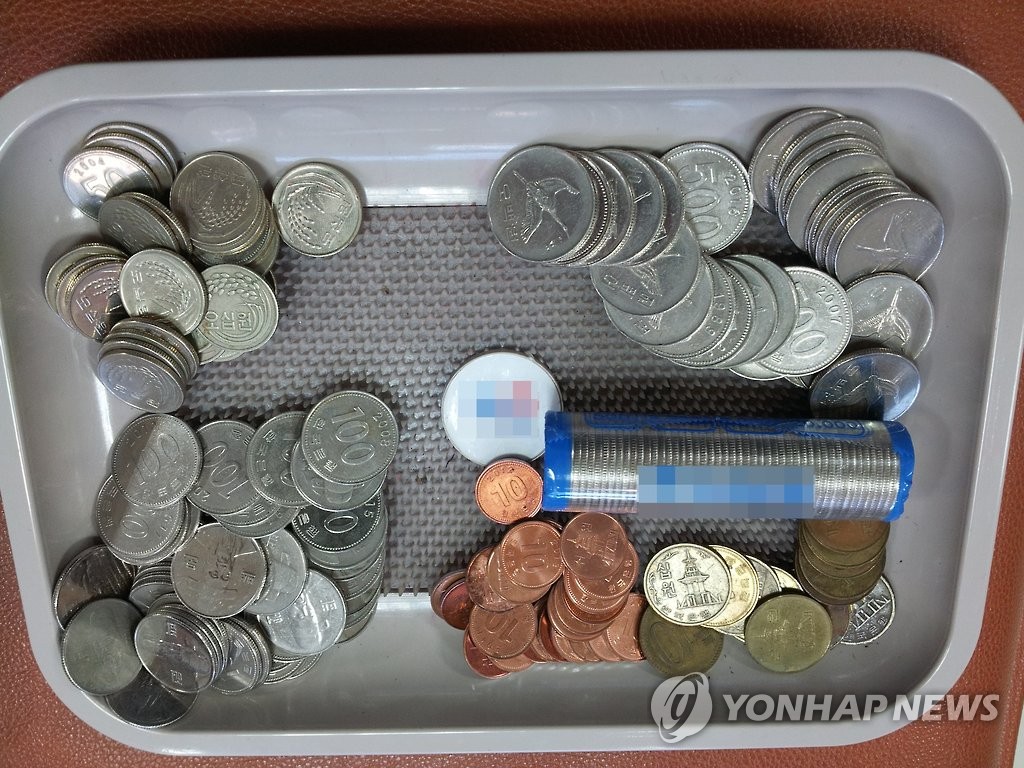 The project was launched in April 2017, involving some 36,000 convenience stores and stores run by six major retailers, including Lotte, E-Mart and GS.

The service, however, had been available only to those with prepaid cards where the pocket change could be deposited.

Now at E-Mart 24 and Ministop shops, the change from any cash purchases may also be deposited into a customer's bank account.

"The new bank account deposit service sought by the Bank of Korea is expected to help reduce the inconvenience of having to carry change that comes from cash payments while reducing the social cost of issuing and circulating cash," the BOK said.

The central bank said the change deposit service has been used in over 30 million purchases since its launch in 2017.

Despite its efforts to build a coinless society, the South Korean central bank has clearly stated its opposition against going completely "cashless," citing the need to maintain the people's access, especially that of the elderly, to cash.