SEOUL, April 28 (Yonhap) -- South Korea's economy may face further difficulties down the road due to the global spread of COVID-19 that may require additional policy maneuvers, but an immediate step is not on the table, Bank of Korea (BOK) minutes suggested Tuesday.

According to the minutes from the BOK's latest rate-setting meeting, held April 9, several members of the BOK monetary policy board stressed the need to keep room for additional monetary policy for now.

"The problem is that when the spread of the contagious disease, which is the cause of the global shock, will be meaningfully controlled still remains uncertain," a BOK member was quoted as telling the board that voted 5-2 to keep the policy rate frozen at 0.75 percent. 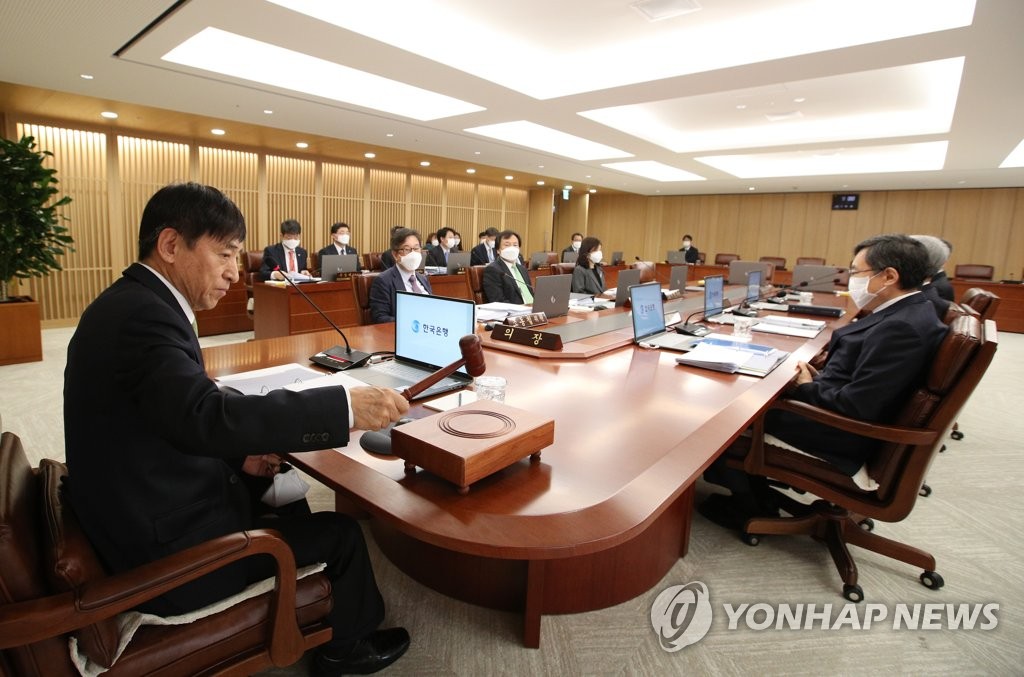 "However, it appears to be more appropriate to keep the key rate frozen at the current level of 0.75 percent and closely monitor the effect of policy steps taken so far, along with changes in the economic and financial conditions at home and abroad," the board member added.

The latest board meeting was held about three weeks after the BOK delivered its first emergency rate cut in over a decade on March 16, slashing the policy rate by half a percentage point to send it below the 1 percent mark for the first time in its history.

Another BOK member also noted the possible need for an additional rate cut down the road, but stressed the need to keep the option until the last moment.

"Under such a crisis, I believe more aggressive monetary policy may be necessary to deal with the crisis, but there is also a need to first see the outcome of the steps we have taken so far," the member said.

"Also, considering that the key rate is already nearing the effective lower boundary, I believe we must also thoroughly prepare to start using non-conventional monetary policy measures," the member added, according to the minutes.

A third member voiced the need to take any and all steps available to the central bank in the future to minimize the fallout from the COVID-19 pandemic while voting in favor of a rate freeze in April.

"If necessary for the stabilization of the local economy and the financial system in the future, we must take appropriate steps while keeping open all possible options available to the central bank," the member said.

The BOK will hold its next rate-setting meeting on May 28.

Meanwhile, four members of the 7-member board have been replaced since the latest meeting after their four-year terms expired.