SEOUL, April 28 (Yonhap) -- The South Korean baseball league announced Tuesday that its clubs in 2020 will be allowed to carry extra players on their rosters in more than twice as many games as in the past, a major change brought on by a compressed schedule.

The Korea Baseball Organization (KBO) said its 10 clubs will be able to expand their rosters from 28 to 33 players in 54 games this season, up from the usual 26. Teams are scheduled to play 144 games this year.

The decision, among others, was reached during the KBO's meeting with its executive committee, made up of teams' general managers.

The 2020 season was initially set to begin on March 28, but the coronavirus outbreak forced the KBO to move Opening Day to May 5. The KBO has determined that teams will still play the usual 144 games, though the window is tighter this year and doubleheaders and games on Monday, a designated off day in normal seasons, will be necessary.

Half of the league's managers have openly criticized the move, saying they're concerned about injury risks for players, especially pitchers.

Apparently in response to growing displeasure, the KBO will let teams field larger rosters for more games than previous seasons.

To help prevent the spread of COVID-19, the KBO recommended that all clubs travel as a group on the team bus during road trips and minimize separate traveling by individual players. If players do have to travel individually, they'll be discouraged from using public transit.

Visiting players will be prohibited from using saunas at their road hotels, and they must put on masks and plastic gloves at hotel fitness centers.

Snuff will be snuffed out during games, and both first base and third base coaches must wear masks on the field. 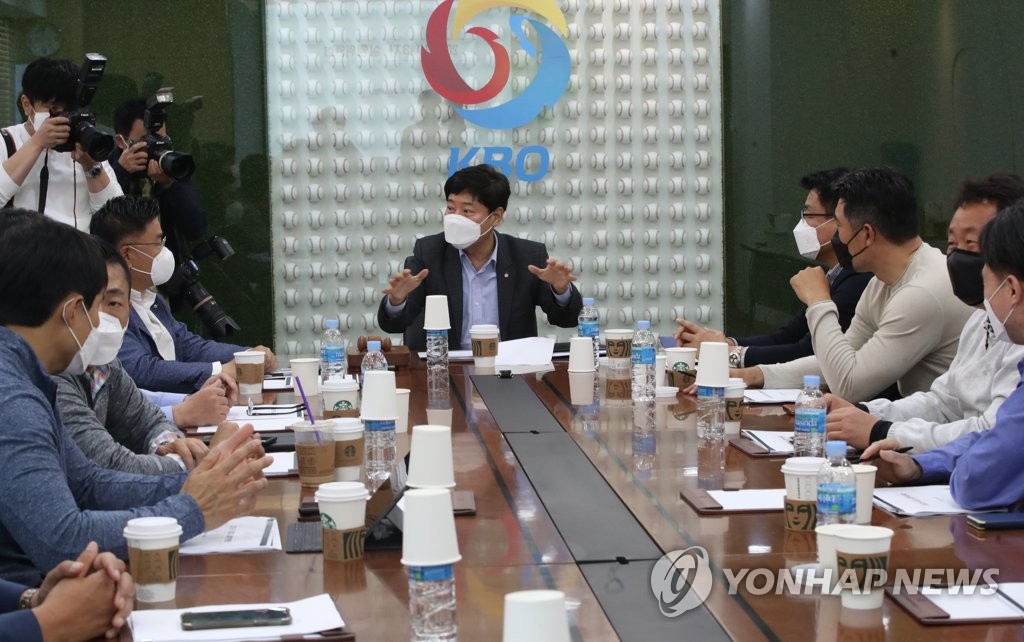 Baseball league to allow expanded roster in more games than past

Baseball league to allow expanded roster in more games than past