Trump earlier stated that he had turned down Seoul's proposal of "a certain amount of money."

A news report then said South Korea suggested a 13 percent increase from the 2019 share of US$870 million for the presence of the 28,500-strong U.S. Forces Korea.

During a special budget settlement committee session of the National Assembly, Rep. Ki Dong-min of the ruling Democratic Party asked Kang if it's true that Trump has spurned Seoul's plan to raise its financial contribution by 13 percent.

"In fact, I think, the amount was the highest possible level for us," the minister said.

She added that the government is striving to reach a "reasonable" deal that can be approved by the parliament. 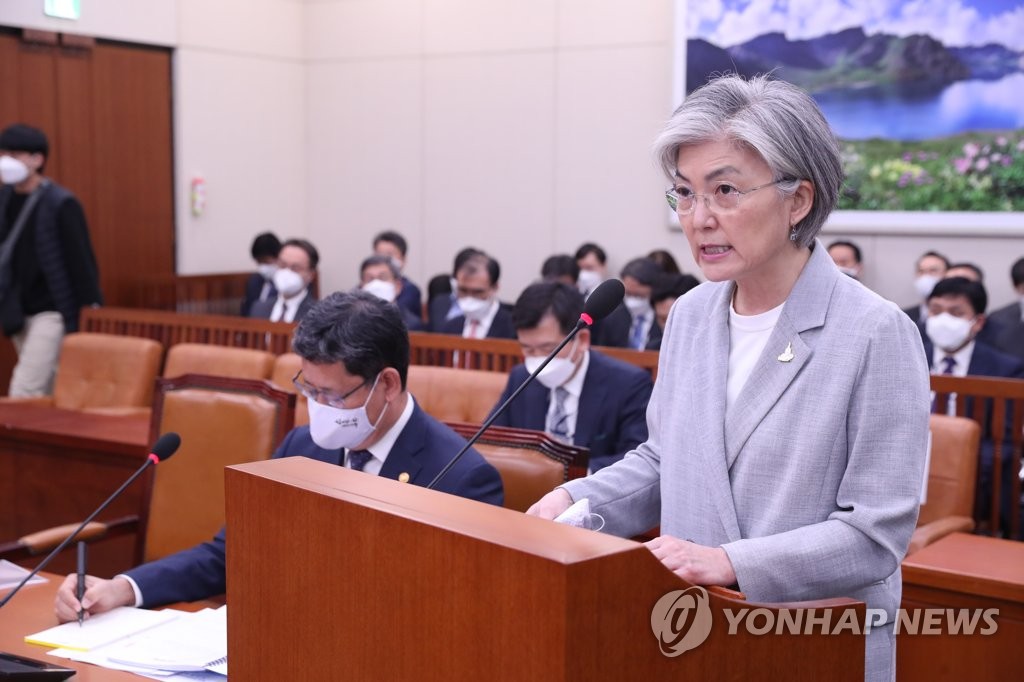