The investment in SK Battery America, which is wholly owned by SK Innovation, is meant to further boost production of EV batteries to meet soaring demand for all-electric vehicles amid a global push for zero emissions.

The EV battery market has been on a roll as automakers around the world race to go electric due to tightened regulations on greenhouse gas emissions. 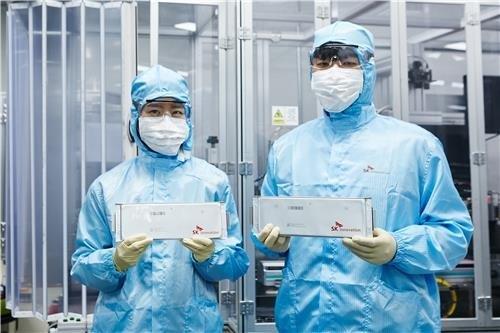 SK Battery America is set to break ground on the second EV plant with a capacity of 11.7 gigawatt-hours in July. The plant, whose location has yet to be determined, is scheduled to begin mass-producing EV batteries in 2023.

SK Innovation has already invested 1.9 trillion won in building its first EV battery plant with a capacity of 9.8 GWh in the U.S. state of Georgia. The first plant is on track to begin mass-producing EV batteries in 2022.

LG Chem claimed that SK Innovation spoiled evidence in the case and is guilty of civil contempt, saying that its local rival did not follow the ITC's digital forensics orders.