The reporter from Channel A is suspected of pressuring a jailed financier to divulge corrupt acts by a pro-government commentator. He allegedly tried to leverage his ties with a senior prosecutor deemed powerful enough to influence the inmate's case.

The prosecutors searched his home and other places but failed to enter news offices at the broadcaster's headquarters in central Seoul due to resistance from its reporters.

The investigators from the Seoul Central District Prosecutors Office arrived at the company in the morning to search its newsroom and computer systems. But dozens of reporters blocked them and offered to submit materials if the prosecution makes a request. The standoff continued until late at night.

The Journalists Association of Korea issued a statement denouncing the prosecution for violating freedom of the press. The group demanded the prosecution halt the coercive investigation.

The prosecution earlier this month launched the probe into the incident, which was first reported by the broadcaster MBC on March 31.

MBC reported that the Channel A journalist coaxed and blackmailed the businessman, named Lee Cheol, to tip him off about Rhyu Si-min, a popular writer and chief of a public foundation in memory of former President Roh Moo-hyun.

Lee, formerly the largest shareholder of ShillaJen, a struggling biotech company, was sentenced to 12 years for fraud last year and got an additional 2 1/2 years in February.

The reporter was digging up rumors that Lee paid inappropriately large lecture fees to the liberal pundit a few years ago. Rhyu denied that claim. 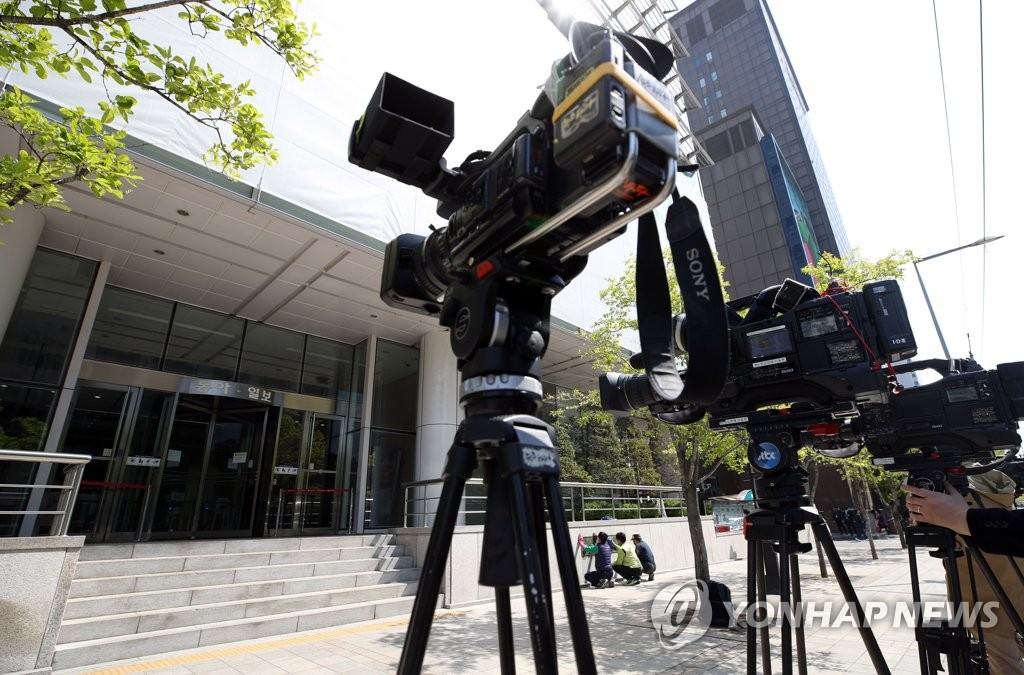 MBC revealed the reporter's letters to Lee and a recorded conversation between the journalist and an associate of Lee, in which he warned Lee to cooperate or face a longer prison sentence, further financial losses and new charges against his family.

The Lee associate told MBC that the reporter offered to use his close ties with the prosecution to help Lee and his family avoid more punishment.

The Moon Jae-in administration has pushed to transfer some investigative powers from the prosecution to police and establish a separate body to probe corruption and power abuses by high-level officials.

After the MBC report, a media NGO filed a complaint accusing the reporter and the prosecutor of blackmail.
(END)