WASHINGTON, April 28 (Yonhap) -- The White House boasted Tuesday that the United States has tested more people for the coronavirus than South Korea, even as reports suggested that more testing needs to be done.

In "West Wing Reads," a regular dispatch of news articles favorable to the administration, the White House cited a Monday article by the conservative Washington Examiner that reads: "U.S. passes South Korea in virus testing as Trump unveils expanded effort."

"The United States has passed South Korea, considered the gold standard by the media, in testing for the coronavirus, and, in hot spots like New York City, has done several times more per capita than the Asian nation," the article said.

In total, it said, more than 5 million people have been tested in the U.S.

"The media repeatedly criticized the administration for not testing as much as South Korea, yet now, they completely ignore the results of President Trump's efforts," an administration official was quoted as saying.

Amid criticism of his administration's initial response to the coronavirus outbreak, U.S. President Donald Trump repeatedly compared the two countries' testing numbers, falsely claiming at one point that the U.S. had performed more tests in eight days than South Korea had in eight weeks.

As of Tuesday, South Korea had performed more than 608,000 tests and reported fewer than 15 new cases of the coronavirus for the 10th consecutive day.

South Korean companies have exported their diagnostic tests to the U.S. at the request of both Trump and individual states. 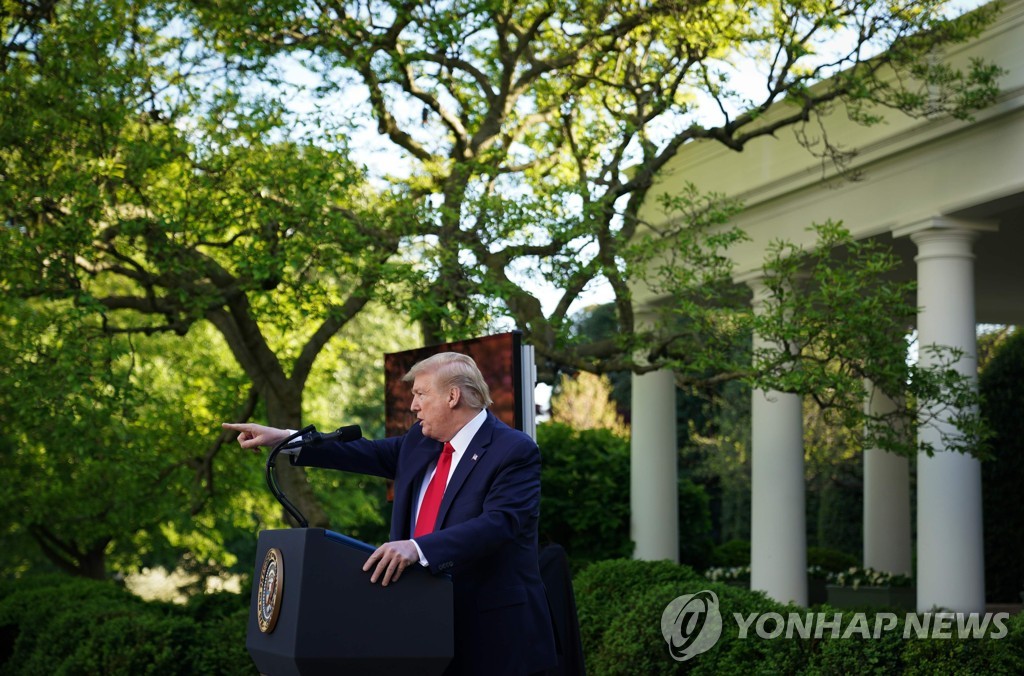