WASHINGTON, April 28 (Yonhap) -- U.S. Secretary of State Mike Pompeo spoke with his Swedish counterpart Tuesday about North Korea, the coronavirus and other issues of mutual importance, the State Department said.

"The Secretary also expressed his desire for close Transatlantic cooperation during the pandemic, as both nations look to revitalize economic ties," it said.

Sweden provides consular assistance to Americans in North Korea as Washington and Pyongyang have yet to establish diplomatic ties.

The Nordic country has previously helped secure the release of U.S. detainees in the North.

In October, it hosted denuclearization negotiations between U.S. and North Korean officials on the outskirts of Stockholm and invited both sides to return to continue discussions.

However, no further meetings materialized as Washington and Pyongyang remain far apart on how to match the North's denuclearization steps with U.S. concessions, such as sanctions relief. 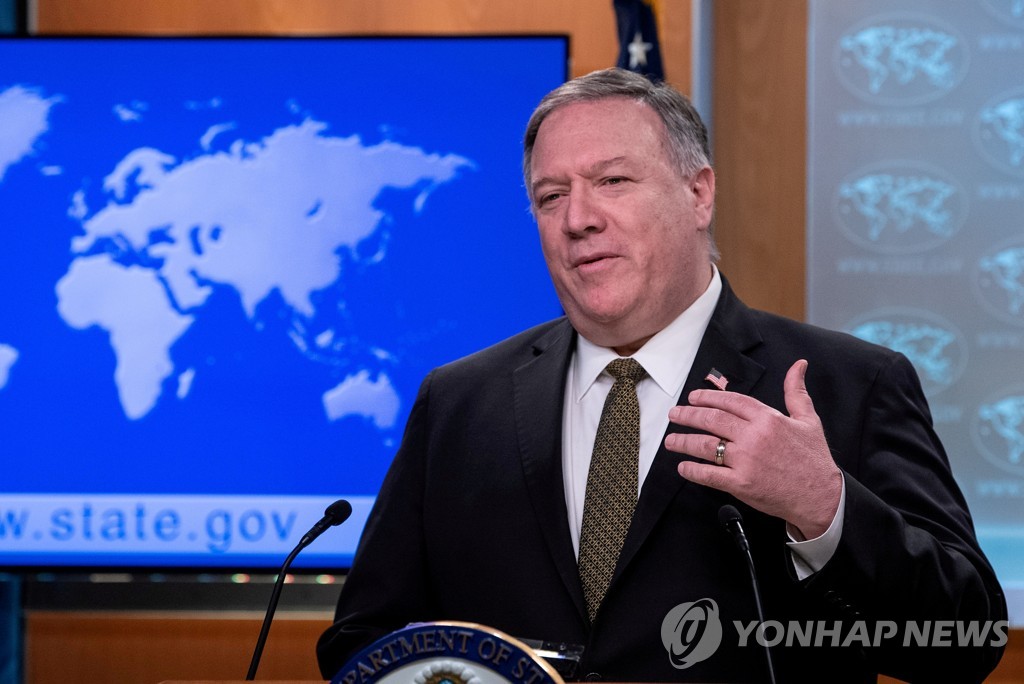