WASHINGTON, April 28 (Yonhap) -- U.S. President Donald Trump lashed out at a reporter Tuesday after the latter mistakenly claimed that South Korea had performed more coronavirus tests per capita than the United States.

Trump, who has had a hostile relationship with many members of the media, was visibly irritated when the reporter asked why South Korea had done five times as many tests per capita as the U.S.

"I don't think that's true," he said during a press availability at a meeting with Florida Gov. Ron DeSantis at the White House. 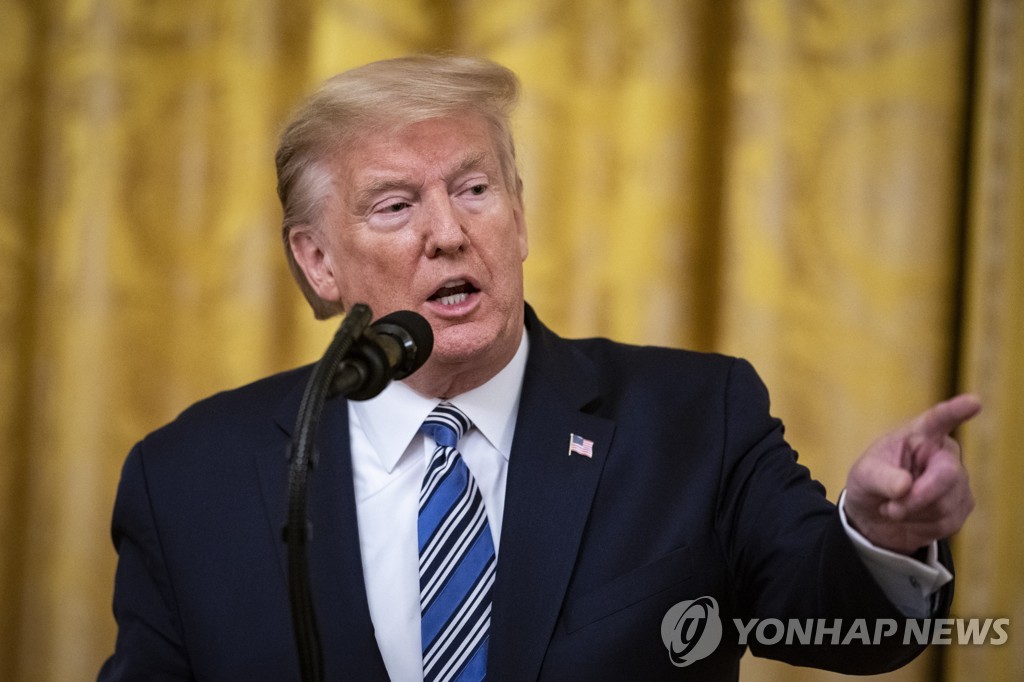 After Dr. Deborah Birx, the White House coronavirus response coordinator, chimed in to provide what she said were the real figures -- 11 tests per 100,000 people in South Korea versus 17 per 100,000 in the U.S. -- Trump ripped into the reporter.

"Are you going to apologize, Yahoo? That's why you're Yahoo. Nobody knows who the hell you are," he said. "That's why nobody knows who you are, including me ... You ought to get your facts right. Your facts are wrong."

The reporter later wrote in a pool report that Birx was correct and that the U.S. had passed the per capita number of tests conducted in South Korea earlier this month.

"However, South Korea does have a far lower infection rate," he noted. "Your pooler is sorry for the error about the test rates."

Birx likely meant to say "per 1,000," not "per 100,000," given official tallies of test numbers in both countries and their respective populations.

At a separate White House event later in the day, Trump thanked the reporter for apologizing.

"That was very nice. Yahoo, I appreciate it," he said.

"They keep talking about South Korea, and I'm very friendly, as you know, with President Moon, who just had a great victory, a new victory, as we're very happy about," he said, referring to Moon's party's landslide victory in the April 15 parliamentary elections. "But he will tell you how well the United States has done on testing and he told me that very strongly."

Trump's remarks came as the U.S. hit a grim milestone of 1 million cases of the coronavirus on Tuesday.