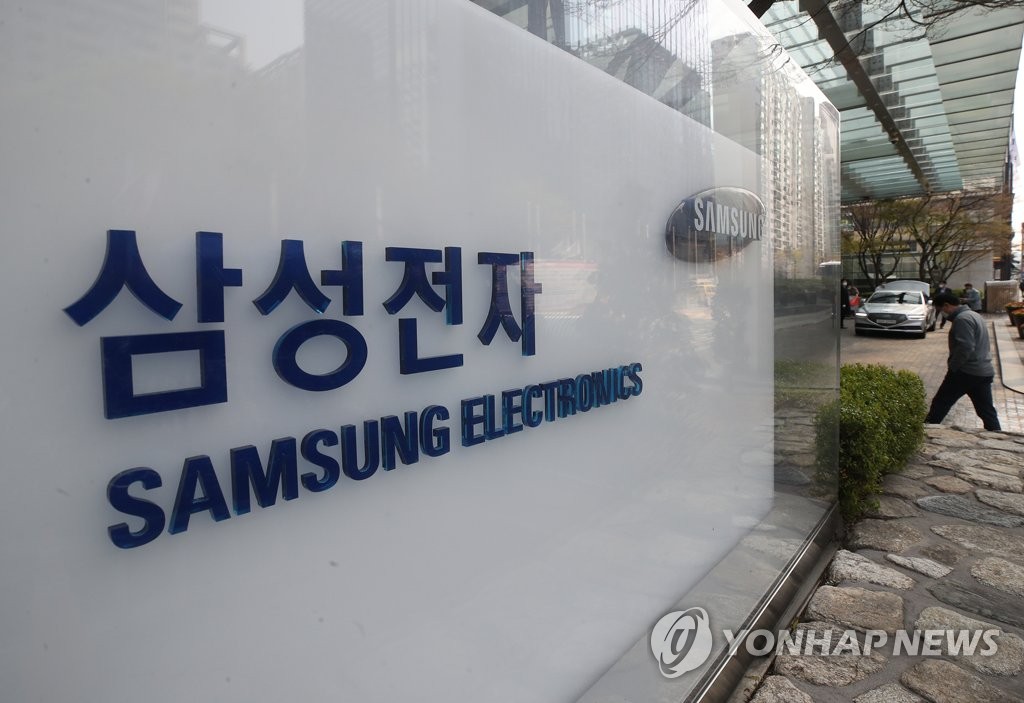 Revenue from the semiconductor division stood at 17.64 trillion won in the first three months of 2020, a 21.9 percent increase from a year earlier. Its operating profit from the business division declined 3.1 percent on-year to 3.99 trillion won but was higher than the fourth quarter.

The company expected its smartphone sales in the second quarter to decline due to store closures and overall market contraction caused by the novel coronavirus.

Samsung's display panel business was still in red, but it narrowed down its operating loss to 300 billion won from 560 billion won a year ago. Its sales jumped from 6.12 trillion won to 6.59 trillion won in the first quarter.

Samsung projected that global uncertainties driven by COVID-19 will persist in the second half. To cope with the crisis, the company vowed to focus on "optimizing resource allocation in the short term, while continuing to strengthen its technology leadership."

Samsung said it will pay 354 won in dividends per share, delivering a total of 2.4 trillion won to its shareholders.