SEOUL, April 29 (Yonhap) -- An Army noncommissioned officer is under investigation for allegedly pilfering thousands of face masks for soldiers and selling them to civilian dealers at the height of the coronavirus outbreak, officials said Wednesday.

The master sergeant is suspected of taking around 2,100 face masks from a warehouse of his unit in Gyeonggi Province around the end of February, which the military authorities had stockpiled for enlisted soldiers, and then selling them to civilian traders, according to the officials.

South Korea began to see a drastic surge in the number of COVID-19 patients around late February with a daily peak reaching as high as 909 on Feb. 29, sending the demand for face masks soaring and leaving the government struggling to supply them.

Upon a tip-off last month, the military authorities launched a probe. When they raided his residence, the officer inflicted self-harm and then was rushed to a military hospital, the officials said, adding that the wound is not considered life-threatening.

"A probe is under way, including whether there are any others involved in the incident and exactly to whom he sold the masks," an Army officer said. "Taking this case seriously, we will conduct investigations thoroughly and sternly deal with any wrongdoings."

The military has come under fire in recent weeks for a series of lax discipline cases, such as a soldier's involvement in a digital sex crime and insults by superiors. 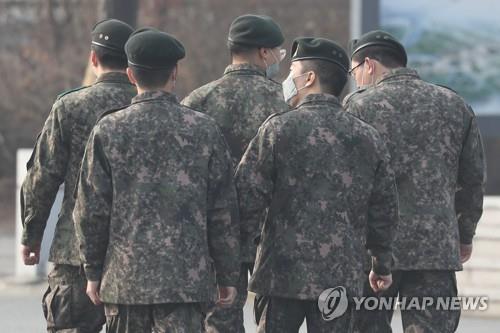