It marked the 11th day in a row that the number of new infections stayed at 15 or below, according to the Korea Centers for Disease Control and Prevention (KCDC). The figure peaked on Feb. 29 at 909.

Health authorities, however, remain vigilant as a long holiday begins this week, which could potentially lead to another cluster infection. Mass infections account for more than 80 percent of COVID-19 cases here. 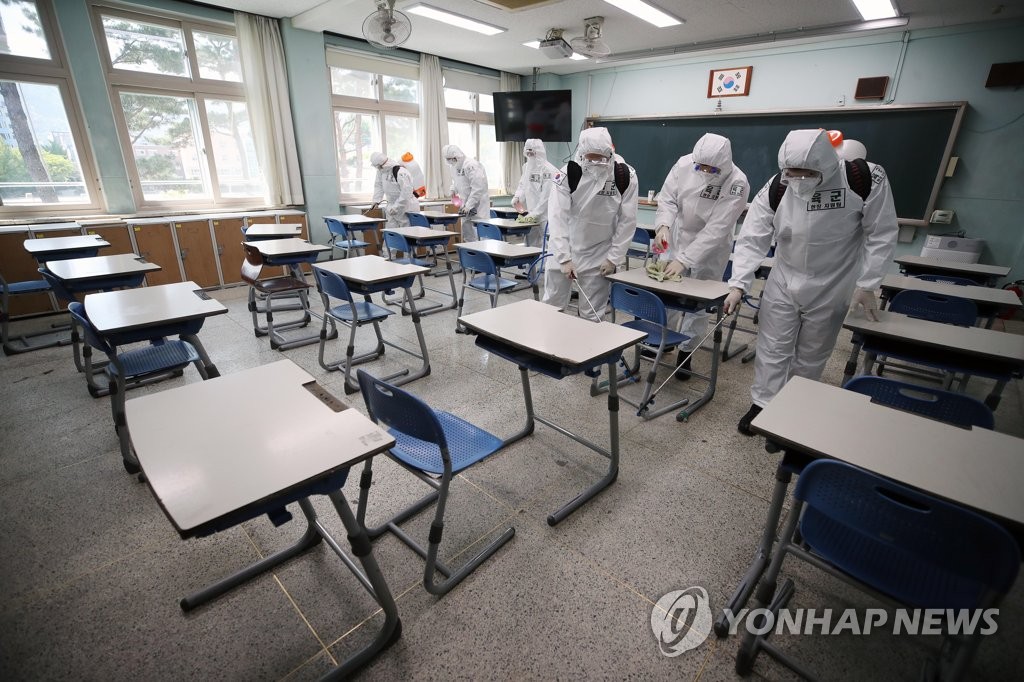 In total, 8,922 people in South Korea have recovered from the virus, up 68 from a day earlier.

South Korea is due to apply a lax social distancing drive after the holidays should the numbers continue to plateau until Tuesday.

The country eventually plans to move on to what it calls "everyday life quarantine," although it remains pessimistic that things will go back to the days before the pandemic amid looming concerns over a second wave of infections later this year.

Thus, South Korea is setting details on ways to coexist with the virus for the time being. It plans to announce new guidelines for schools by early May, with options that include having students come to school at different times.