According to Big Hit Entertainment, the seven-episode series will be unveiled exclusively on Weverse, a mobile application for the BTS fan community, at 9 p.m. on May 12.

After the first two episodes are released on the day, each of the remaining five episodes will be available every Tuesday and Thursday till May 28, Big Hit said.

The latest series features BTS' previous world tours, "Love Yourself" and "Love Yourself: Speak Yourself," which kicked off in November 2018 and wrapped up in October last year.

The previous documentary series, "Burn the Stage" and "Bring the Soul," followed and recorded BTS' 2017 "Wings Tour" and parts of the "Love Yourself" tour, respectively, bringing to light backstage stories as well as the BTS members' behind-the-scenes struggles.

"'Break the Silence: Docu-Series' will bring to the fore the motive that has brought the seven members together, stories about each other as well as the shining moments BTS made with its global fans during the stadium tour," according to Big Hit.

"On top of the glamorous sides of BTS onstage, it will also provide a glimpse into the humble everyday life of the members behind the stage as well as their heart-felt feelings toward fans," it said. 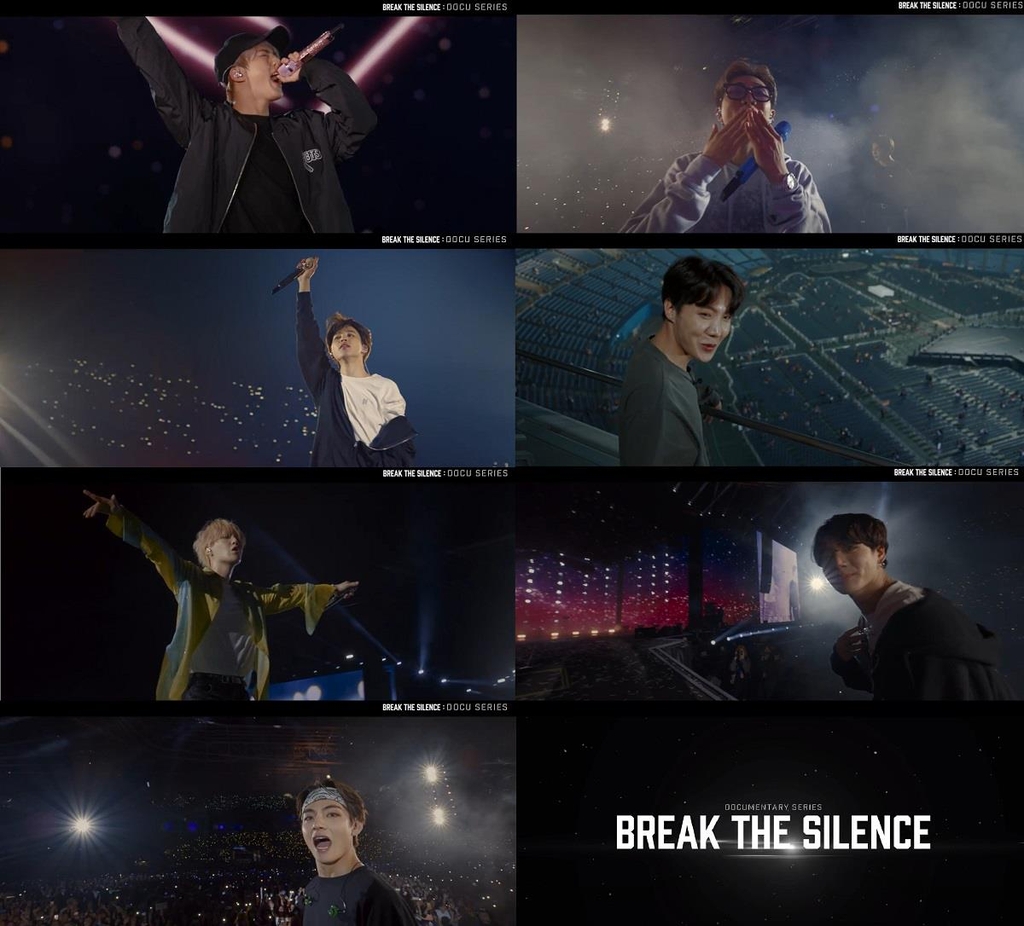 BTS to unveil documentary 'Break the Silence' next month

BTS to unveil documentary 'Break the Silence' next month