Kim's absence from public view, particularly at the ceremony to mark the birthday of the national founder and his grandfather, Kim Il-sung, has sparked rumors about his health.

But the South Korean government has said no unusual movement has been detected in the regime.

"In an answer to questions from some lawmakers of the National Assembly's defense committee about Kim's health, the defense ministry, the Joint Chiefs of Staff and the intelligence authorities conveyed their assessment that Kim has been running his country normally," a source said.

Kim last appeared publicly in its state media on April 11, when he presided over a meeting of the Politburo of the ruling Workers' Party.

Unification Minister Kim Yeon-chul made the same assessment during a parliamentary meeting Tuesday, saying that North Korean media outlets' reports on the leader's work, such as sending diplomatic letters, suggest that he has been carrying out state affairs in a normal way. 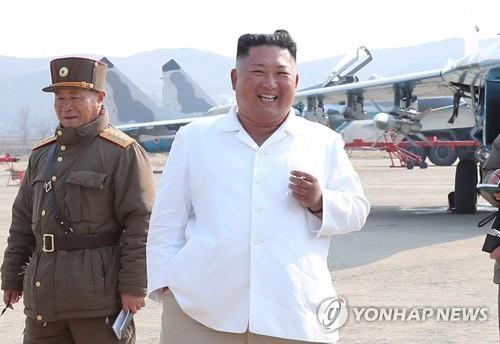