SEOUL, April 29 (Yonhap) -- Kim Yo-jong, the younger sister of North Korean leader Kim Jong-un, has been seen exerting increasing clout in Pyongyang as of late, raising the possibility of her succeeding her brother amid speculation that he may be ill, a legislative think tank assessed Wednesday.

In an analysis report of the latest meeting of the North's Supreme People's Assembly held earlier this month, the National Assembly Research Services projected that the 32-year-old sister's reappointment to the Workers' Party politburo "will strengthen the governing foundation of the Paekdu bloodline (in North Korea.)"

The Kim dynasty is often referred to as the "Paekdu bloodline" in the North, as Mount Paekdu, while widely disputed by outside experts, is propagandized in the country as the birthplace of Kim Il-sung, the nation's late founder.

"This suggests the possibility of expanding her status and role as official successor," the report said.

The report comes amid media speculation that Jong-un might be seriously ill. Unconfirmed rumors spiked after he skipped an annual visit to the mausoleum of his grandfather Kim Il-sung on the late national founder's April 15 birth anniversary, the North's most important national holiday.

"Kim Yo-jong has virtually taken on the role of the party's core, undertaking the responsibility of the party's monolithic leadership system." the report said.

Yo-jong's ascent to supreme leadership, if it were to take place, would not occur immediately, the think tank forecast. It said an official process would be required after Jong-un returns to the spotlight.

The report noted Yo-jong's official statements toward South Korea and the United States in place of her brother earlier this year as some of her recent major activities.

First seen in public during the funeral of late leader Kim Jong-il back in 2011, Yo-jong's public profile has been quite visible in the past two years. She was spotted near her brother at summit events with South Korean President Moon Jae-in and U.S. President Donald Trump.

Rumor had it that she was disciplined last year in the wake of the breakdown of the Kim-Trump summit in Vietnam, as Yo-jong was not seen in public view for more than two months in the first half of 2019. 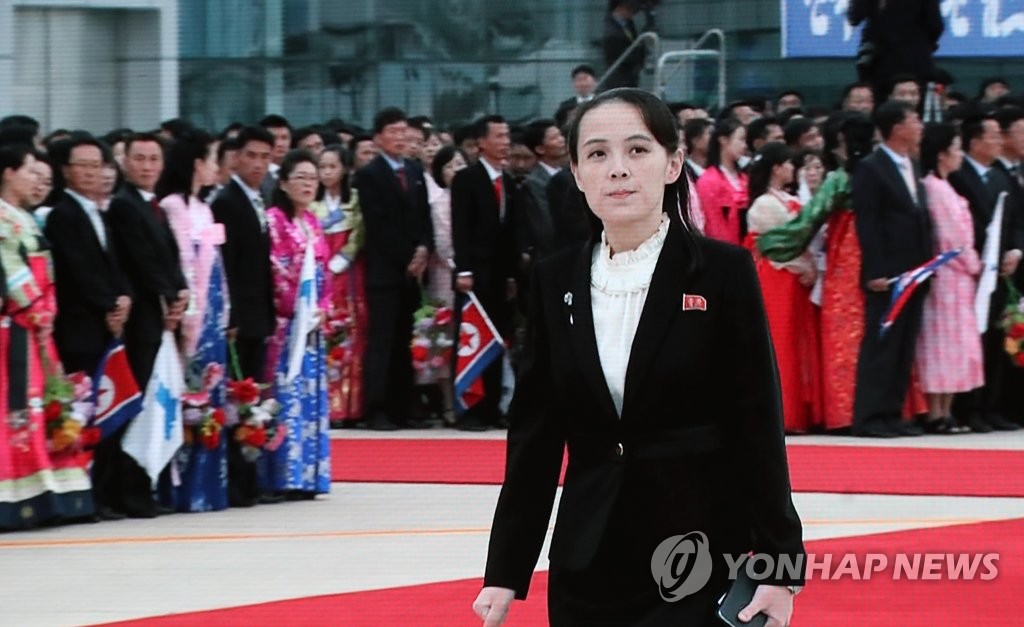