SEOUL, April 29 (Yonhap) -- President Moon Jae-in emphasized the need Wednesday for a win-win approach to keep job cuts at bay amid the prolonged coronavirus-led economic crisis, which he describes as the worst since the 1997 financial meltdown.

"The precondition for overcoming the crisis is not restructuring but maintaining employment," he said during a meeting with a group of hotel executives and workers at Grand Walkerhill Seoul, a five-star hotel in eastern Seoul. 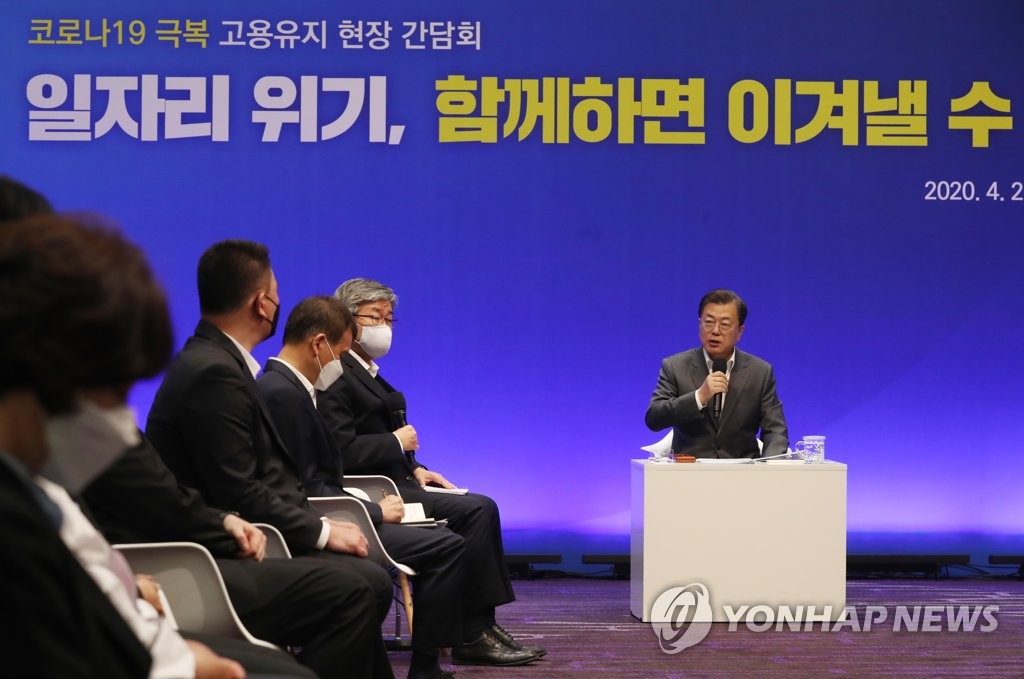 The government will cope with the problem with an attitude of protecting every single job, he added.

The travel industry is one of the hardest-hit businesses as the world is grappling with the COVID-19 pandemic.

The president cited the country's goal, once upbeat, of attracting more than 20 million foreign tourists in 2020. "Thinking about the tourism industry, I have a sad and heavy heart."

While South Korea has managed to flatten the curve of virus infections in recent weeks, its overall export-reliant economy, the fourth largest in Asia, is bracing for harsher consequences with no end in sight.

Moon requested that all of the country's social and economic players concentrate their force to protect jobs in the spirit of "solidarity and co-prosperity."

Cheong Wa Dae said Moon held the on-site event in recognition of a voluntary campaign in the industry.

In late March, the Korea Hotel Association and the Korean Federation of Tourist & Service Industry Worker's Unions signed a deal to work together to ride out the coronavirus trouble through job protection and cooperative ties.

The labor and the management of Walkerhill then struck an agreement against "artificial restructuring," which means massive layoffs. 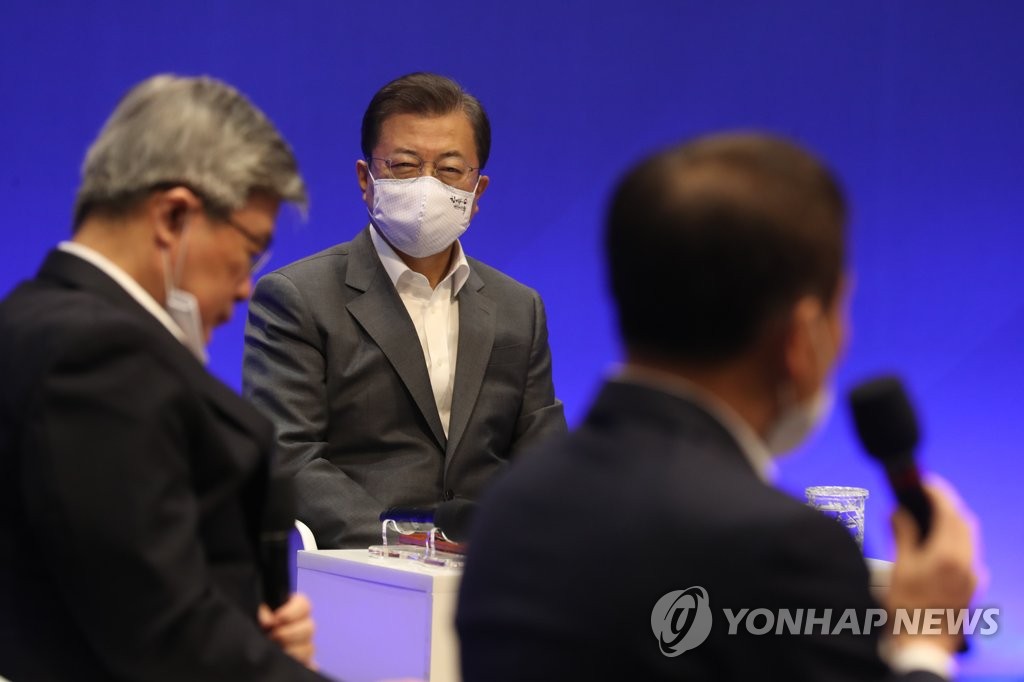 Moon called it an exemplary move, saying South Korea laid the foundation of its social safety nets amid the pain of layoffs during the 1997 crisis and overcame it with a "job-sharing" campaign.

The government is gearing up to pivot from social distancing to "everyday quarantine," and the planned "emergency diaster relief payments" for all households in the country will serve as a good opportunity to revive domestic demand, he added.

The government will also spend 10 trillion won to cushion the COVID-19 impact on the country's job market, including the service sector.

It earlier designated the tour and hotel businesses as eligible for "special employment support," which includes loan guarantees and tax and social insurance fee favors.