SEOUL, April 29 (Yonhap) -- New home permits in South Korea plunged more than 30 percent from a year ago in March due to the impact of the coronavirus outbreak, the government said Wednesday.

Construction permits issued for new homes stood at 33,648 units last month, down 33.8 percent from the same period a year ago, according to the Ministry of Land, Infrastructure and Transport.

The tumble is attributable to the outbreak of COVID-19, the ministry said, adding the disease could have a negative impact on the sector down the road.

By type, construction permits for new apartments plunged 34.4 percent on-year to 24,643, and those for other types of housing, such as row and detached houses, dipped 32.4 percent to 9,005.

The ministry also said the number of unsold apartments across the nation sank 38.4 percent on-year to 38,304 as of the end of March as signs of unstable home prices in the Seoul metropolitan area promoted consumers to shift to a buying mode.

The figure was down 2.9 percent from a year ago and marked the lowest level since October 2015. 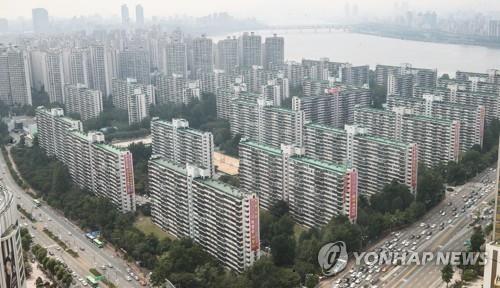