SEOUL, May 2 (Yonhap) -- The Doosan Bears have been one of the most dominant teams in South Korean baseball in recent years, with three of the past five championships.

In 2020, they'll try to make it four of the last six, a run matched by few others in the Korea Baseball Organization (KBO).

The Bears will bring back essentially the same core of position players from their 2019 championship season. The reigning hit king Jose Miguel Fernandez and perennial .300 hitter Park Kun-woo offer impressive contact ability, and 2019 Korean Series MVP Oh Jae-il and, when healthy, 2018 regular season MVP Kim Jae-hwan pack a punch in the heart of the order. 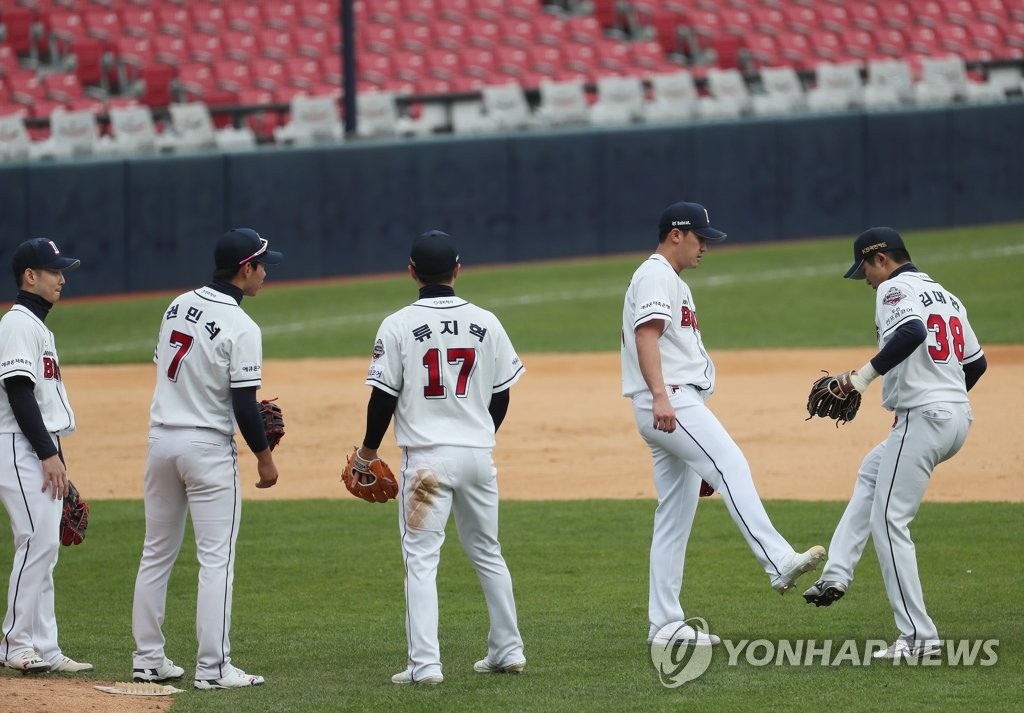 On the mound, the Bears have replaced both of their import starters from a season ago, with the 2019 regular season MVP Josh Lindblom having signed with the Milwaukee Brewers and fellow American Seth Frankoff also gone.

In came former New York Mets prospect Chris Flexen and another right-hander, Raul Alcantara, who pitched for another KBO club, the KT Wiz, in 2019.

Both have been excellent this spring, from intrasquad games to preseason action, and starting pitching should be the least of concerns for the manager Kim Tae-hyoung.

In the bullpen, they will need a fully healthy Kim Kang-ryul, who missed the entire 2019 season after suffering an Achilles tendon injury in October 2018. He can eat up innings in multiple roles and should even get occasional save opportunities.

The Kiwoom Heroes got swept by the Bears in last year's Korean Series, though it was a much tighter battle than the 4-0 series score may indicate. The Bears won the first two games in their last at-bats in the bottom ninth, and the deciding game also went extra innings.

Unlike the Bears, the Heroes' pitching staff is virtually intact from last season. American hurlers Jake Brigham and Eric Jokisch are both back. The bullpen that posted the lowest ERA in the KBO in 2019 is also back, with its younger pieces having added some valuable postseason experience to their resume. 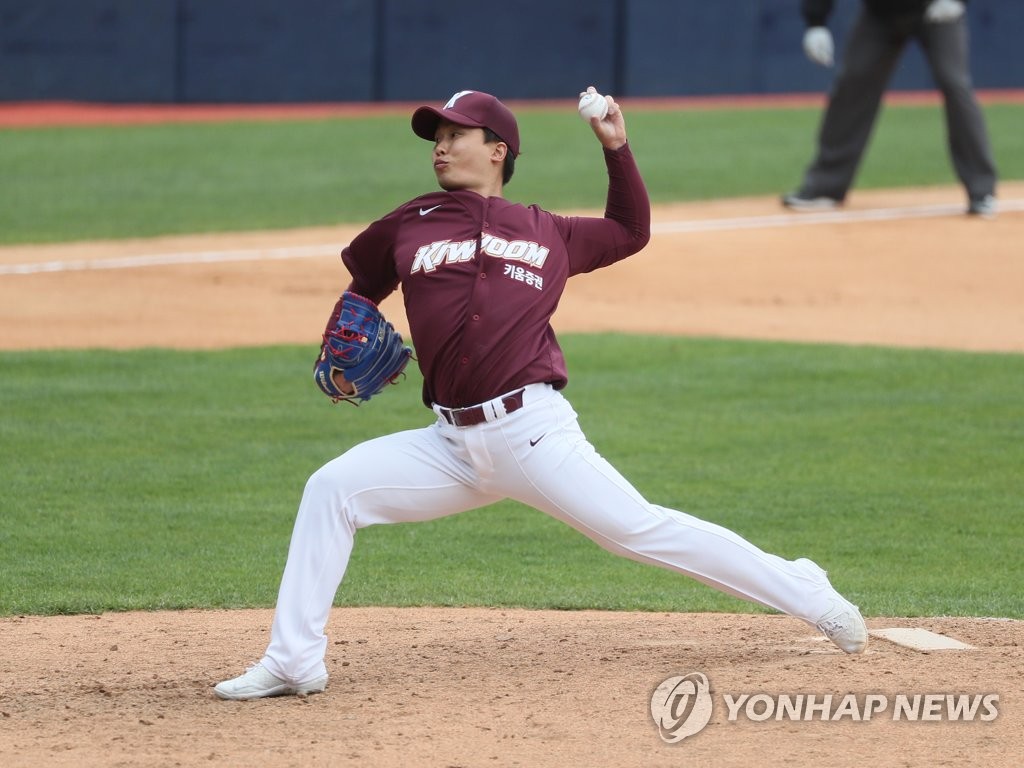 The Heroes have lost a key piece in the lineup, with slugger Jerry Sands, the 2019 RBI leader, having signed in Japan. In his stead, the Heroes signed Taylor Motter, a versatile defender who won't offer nearly as much power as Sands.

The SK Wyverns crashed out early in their title defense in 2019, blowing a lead atop the standings at the end of the regular season and then losing to the Heroes in their first round of the playoffs.

Their long-time ace Kim Kwang-hyun has signed with the St. Louis Cardinals, and the Wyverns also replaced their two foreign pitchers from the end of last season, signing Nick Kingham and Ricardo Pinto in place of Angel Sanchez and Henry Sosa.

Kingham has earned high praise and has already been named the Opening Day starter for May 5.

The Wyverns look ready for a return to their slugging days, with seven home runs in their first four preseason games through Tuesday.

They set a single-season league record with 234 home runs in 2017, and nearly matched that with 233 dingers in 2018. As the de-juiced ball brought offensive numbers down across the league, the Wyverns were held to 117 home runs last year but still ranked third in that department.

Choi Jeong and Jamie Romak were tied for the team lead with 29 home runs apiece last year. They'd each hit at least 30 in both 2017 and 2018, and they're certainly capable of surpassing that plateau in 2020.

It'll be interesting to see if the KT Wiz will take another step forward and make the postseason for the first time in franchise history. The expansion club, which joined the KBO in 2015, enjoyed their best season ever in 2019, with a 71-71-2 (wins-losses-ties) mark leaving them just two games out of the fifth and final postseason berth. 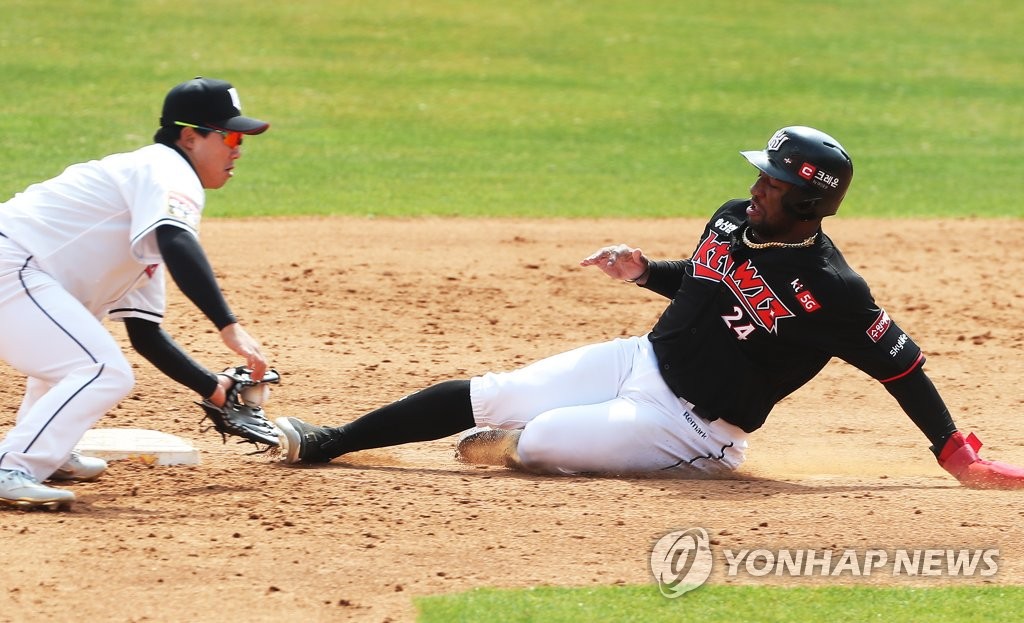 Elsewhere, the Samsung Lions, who won four straight titles from 2011 to 2014, will try to avoid missing the playoffs for a franchise-worst fifth straight year in 2020.

The Lotte Giants, after finishing last in 2019, have had a massive overhaul, having welcomed new general manager and field manager, plus three new foreign players: pitchers Dan Straily and Adrian Sampson, and infielder Dixon Machado. They also spent big in free agency by signing All-Star second baseman An Chi-hong to a two-year deal worth up to 2.6 billion won (US$2.1 million), with a mutual option for two additional years at another 3.1 billion won after the 2021 season.

Lotte's Her Mun-hoe is one of four new skippers entering the 2020 season, along with Matt Williams of the Kia Tigers, Son Hyuk of the Heroes and Huh Sam-young of the Lions.

Williams, the 2014 National League Manager of the Year and a five-time All-Star as a player, brings the most impressive resume. He's taking over an underachieving club that has finished with a sub-.500 record in each of the past two seasons after winning it all in 2017. 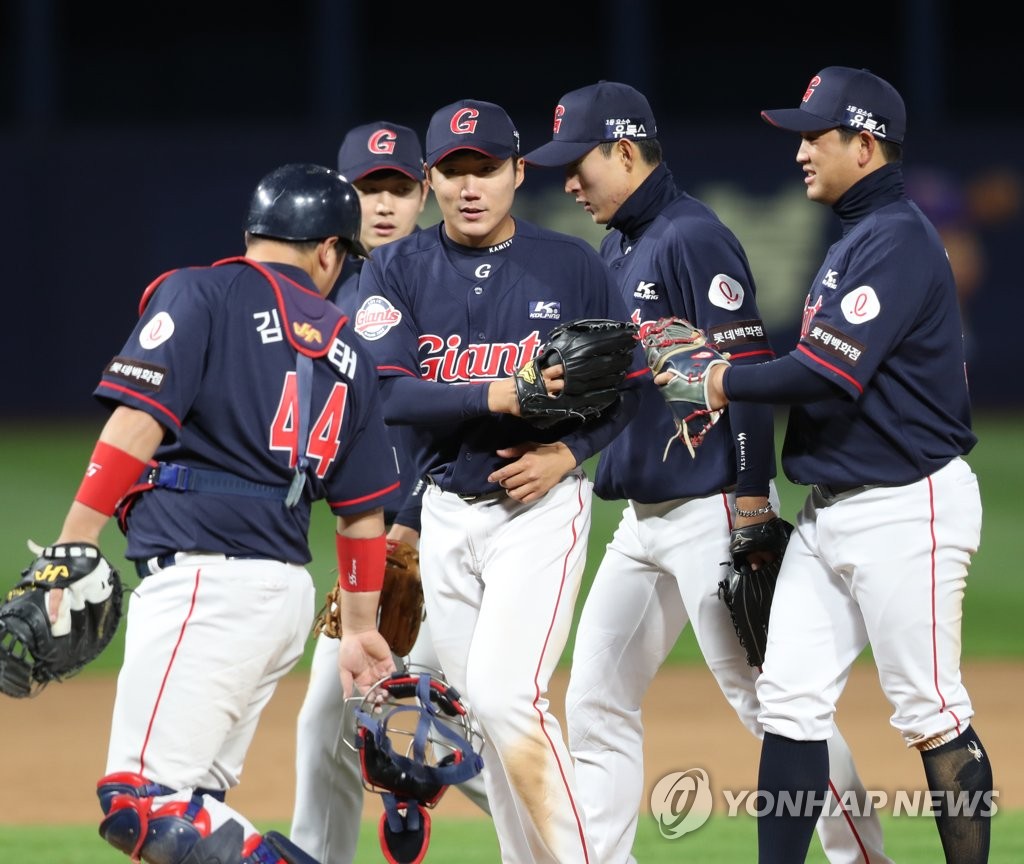