SEOUL, April 29 (Yonhap) -- At the tender age of 21, Kiwoom Heroes' left-hander Lee Seung-ho already has 55 professional games to his credit, with a national team appearance at the Olympic qualifying tournament last year to boot.

As Lee enters his third season in the Korea Baseball Organization (KBO), his manager Son Hyuk feels the baby-faced one still has plenty to learn: namely, how to change speeds at different counts. 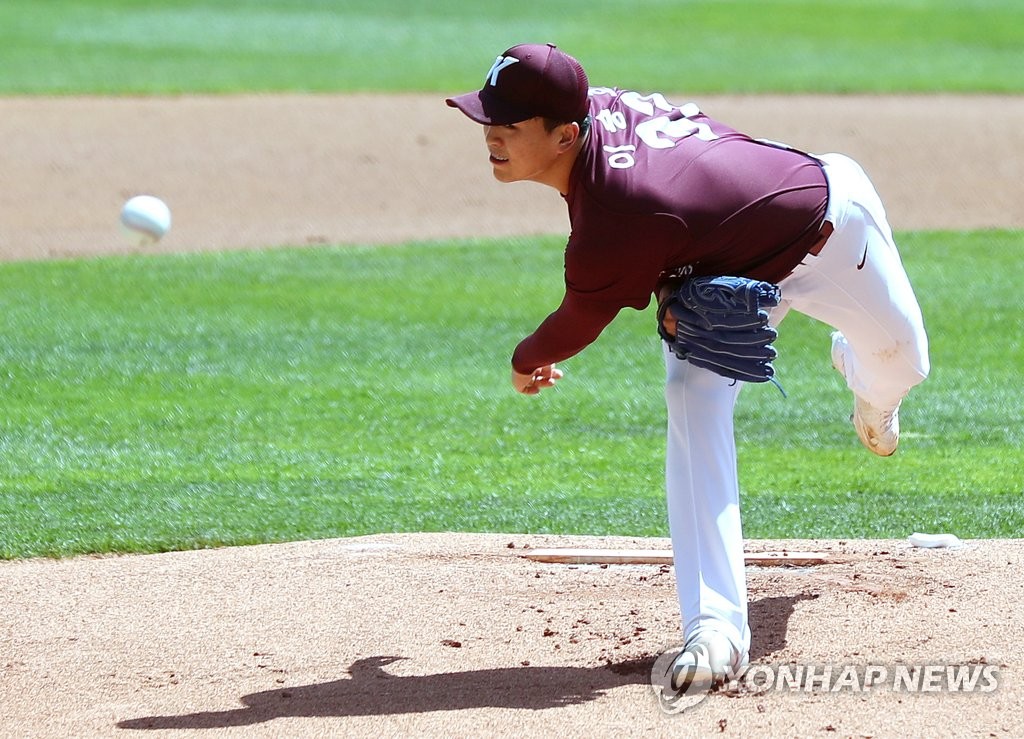 "We looked into some numbers from last year, and he gave up most of his home runs when he was behind in the count," Son noted during his media availability before a preseason game at Gocheok Sky Dome in Seoul. "And his average velocity when he's behind the count falls to about 138 kilometers per hour. But when he's ahead, he can get it up to 142. I think he still has to learn how to walk that line between when to reach back and when to pull the string."

Son also pointed out that, while Lee may be sacrificing his speed for control when he tries to get a strike call, he can't afford to leave pitches in the middle of the zone.

Lee served up two home runs in his last preseason outing against the LG Twins on Monday, and the second of those homers, off the bat of Kim Min-sung, came on a 2-0, "get-me-over" fastball over the heart of the plate.

"Even when he tries to slow it down a bit, he should hit the corners of the plate," Son said. "I had a chat with him after Monday's game. But it's one thing to listen to the manager, and it's quite another to be on the mound trying to execute pitches. He'll learn these things with time."

Lee went 8-5 with a 4.48 ERA in 23 starts last year, with one complete game shutout. He'll continue to learn on the job as the back-end-of-the-rotation starter in 2020.

For Wednesday's contest, Son will roll out his two aces, Jake Brigham and Eric Jokisch, as an audition for the Opening Day assignment on May 5.