An official at the Korea Baseball Organization (KBO) said Wednesday that Kang asked to be taken off the "voluntarily retired" list last week.

He was placed there when his then KBO club, Nexen (currently Kiwoom) Heroes, posted him for interested big league clubs after the 2014 season. Kang signed with the Pittsburgh Pirates in January 2015.

Because Kang wasn't a free agent at the time, the Heroes retained their reserve right to Kang. The Heroes must agree to take Kang off the list, but an official with the club said Wednesday that Kang has yet to contact the Heroes about a potential return. 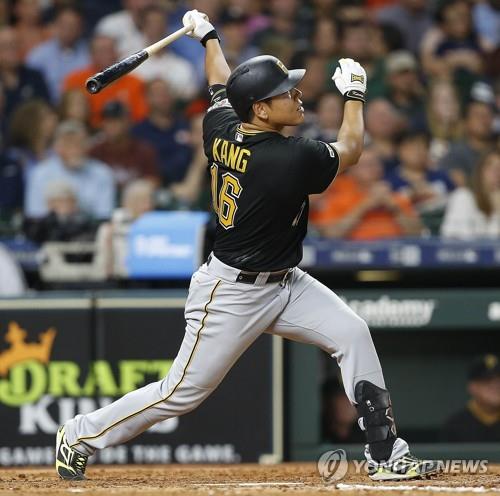 Even if or when Kang does make a comeback, he will likely have to serve a lengthy suspension because of his history of off-field issues.

Kang, 33, received a suspended jail term in 2017 for driving into a guardrail in Seoul while under the influence and then fleeing the scene in December 2016. It was his third drunk driving arrest.

Under the KBO rules, a player who has been caught driving under the influence as least three times is subject to a suspension of at least three years.

Kang carved out an All-Star career with the Heroes and set the single-season record for most home runs by a shortstop with 40 in his final KBO season in 2014.

But Kang got himself into trouble that offseason. Unable to secure a work permit, Kang missed the entire 2017 season and only got into the final series of the regular season in 2018. 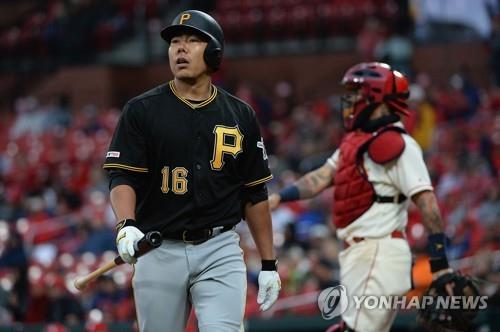 After his four-year deal ran out, the Pirates gave him a second chance by handing him a new one-year deal for the 2019 season.

If the KBO slaps Kang with the three-year ban, he'll be 36 by the time he becomes eligible, having played very little baseball from 2017 to 2022.

Kang was mostly a shortstop with the Heroes but played third base with the Pirates. The Heroes are set at shortstop with a potential future big leaguer Kim Ha-seong entrenched there. Kim is expected to be posted this winter and could leave for the majors in 2021. 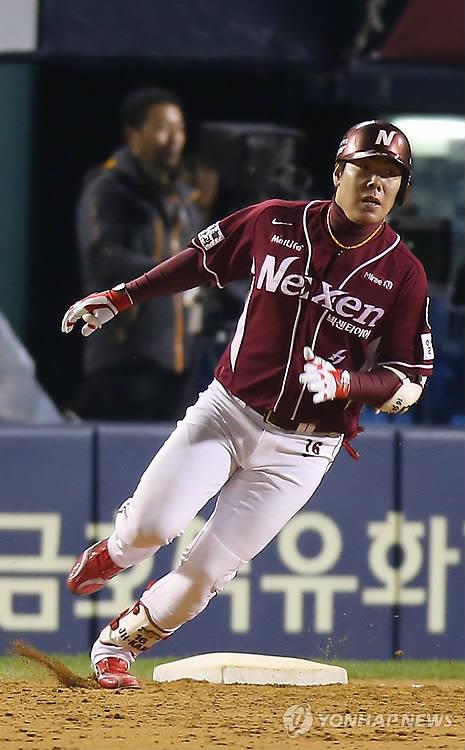