SEOUL, April 30 (Yonhap) -- Former Prime Minister Lee Nak-yon's favorability rating as a potential presidential contender has climbed to above 40 percent, further strengthening his front-runner position, according to a survey Thursday.

The journalist-turned-politician's favorability rating stood at 40.2 percent, according to a Realmeter survey of 2,522 voting-eligible adults nationwide. The poll, commissioned by media outlet OhmyNews, was conducted from April 20-24.

The latest figure represents a 10.5 percentage point increase from a similar survey carried out by the polling agency a month ago. The former prime minister has led the polls of potential presidential candidates conducted by Realmeter for 11 consecutive months.

Lee won a parliamentary seat for the key Seoul Jongno constituency in the recent April 15 general elections and stands as one of the central leaders of the ruling Democratic Party.

After setting a record as the longest-serving prime minister since the country adopted the direct presidential election system in 1987, Lee returned to politics as soon as he finished his term in office in mid-January. 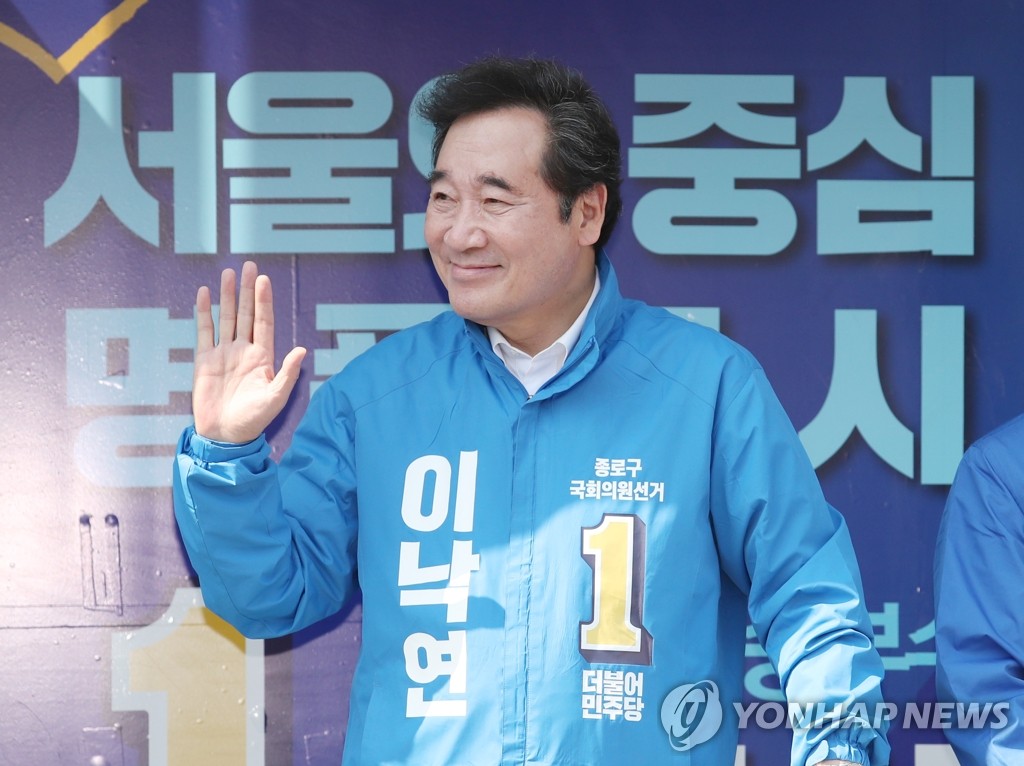