SEOUL, April 29 (Yonhap) -- In one of the highest-profile music collaboration projects to date in South Korea, female singer-songwriter IU and Suga of BTS are on course to hit the music scene with their collaboration song next week.

"Eight," set for release next Wednesday, was jointly created by the K-pop queen and actress and the rapper from BTS, and comes with a rap part by the latter.

The collaboration brings together the musical power of IU, arguably the country's most sought-after artist for music collaboration of today, with the glamour and talent of Suga from one of the most popular music bands in the world. 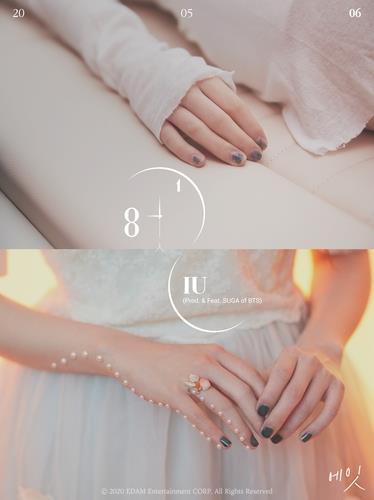 Two teaser images of the digital single, released by IU's management agency Edam Entertainment, zoom in on IU's hands in two different conditions -- set aside and uncared for as opposed to jeweled and brought to attention -- against the ivory and orange-colored backdrops, subtly alluding to the upcoming song's dreamy vibes.

The song reportedly deviates from the music styles the artists have explored so far, adding a new line of musical work to their repertoires.

The joint project is the latest in a series of similar star-studded collaboration works the K-pop scene has spawned recently, a phenomenon that comes as the K-pop industry is struggling to shake off the fallout of the coronavirus pandemic.

Zico, a rapper and producer who dominated local music charts for weeks with "Any Song" earlier this year, also teamed up with American DJ Steve Aoki to produce the song under a joint campaign between American beverage maker PepsiCo, Inc. and Korean music label Starship Entertainment.

The Zico-Kang duo cut a glamorous sight in the song's music video promoting Korean aesthetics, appearing in traditional Korean overcoats against the backdrop of Korean heritage assets, such as the Korean writing system Hangeul, the traditional Korean house "hanok" and Korean performing arts. 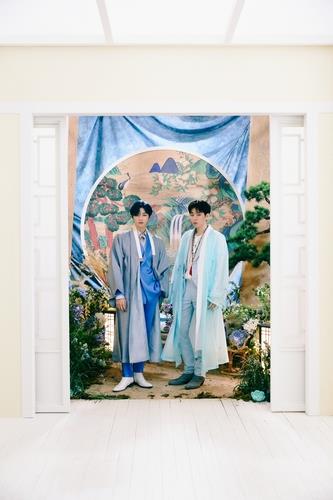 "Butterfly and Cat," a track from Bolbbalgan4's upcoming album, will be prereleased on May 7 ahead of the album's official release schedule for May 13, the agency said. This marks the first music release by the flourishing female singer, featuring a fellow K-pop artist. 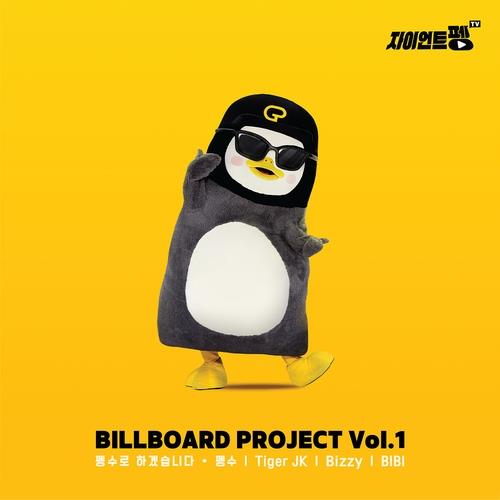