SEOUL, April 29 (Yonhap) -- LG Electronics Inc. on Wednesday delivered strong first-quarter earnings results on the back of its home appliance and TV businesses, but the company expected its bottom line in the current quarter to worsen as the novel coronavirus pandemic will significantly weigh down demand for its products.

South Korea's No. 2 tech firm said it logged a net profit of 1.08 trillion won (US$886 million) in the January-March period, nearly double its net income of 578 billion won a year earlier.

It marked the second time that its first-quarter operating profit exceeded 1 trillion won. LG said its 7.4 percent operating margin was the highest ever for a first quarter in its history. 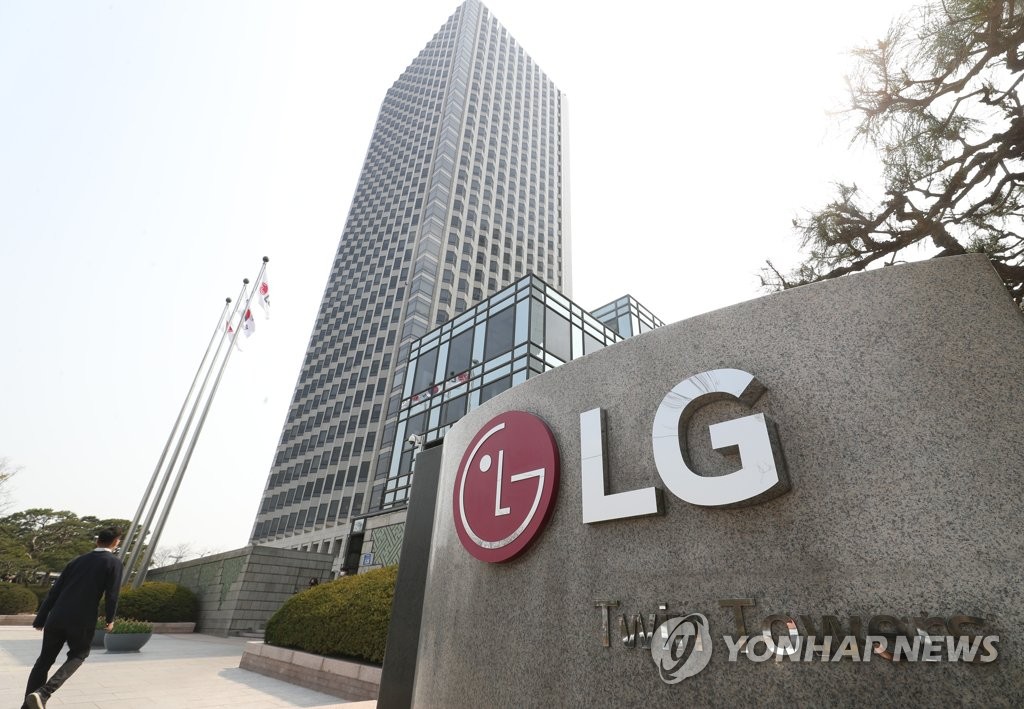 However, the company was pessimistic about its earnings for the April-June period due to rising global uncertainties over the COVID-19 crisis, saying that its sales and profitability will decline.

"The demand slump in the global home appliance market is likely to continue and will aggravate competition," it said. "Due to the cancellation of major sporting events, the global TV market is also expected to see an extensive drop in demand."

LG said the second quarter is likely to be the most difficult period for its business, but if the COVID-19 pandemics persists, the company will also suffer a sharp decrease in its bottom line in the second half of the year.

LG said its home appliance unit posted 5.42 trillion won in sales in the first three months of 2020, down 0.9 percent from a year earlier, but its operating profit increased 3.5 percent on-year to a record 753.5 billion won.

The unit's operating margin of 13.9 percent was also the highest in its history, according to LG. Its cost-reduction efforts and increased sales of steam appliances helped deliver a strong performance in the home appliance business.

The company said component supply constraints and slowing global demand brought down its revenue from the TV business, but operating efficiencies and the expansion of its premium products, such as OLED TV and NanoCell TVS, pushed up the bottom line. More than 90 percent of its TV sales was from overseas, it added.

However, LG's mobile and vehicle component businesses continued to stay in the red. 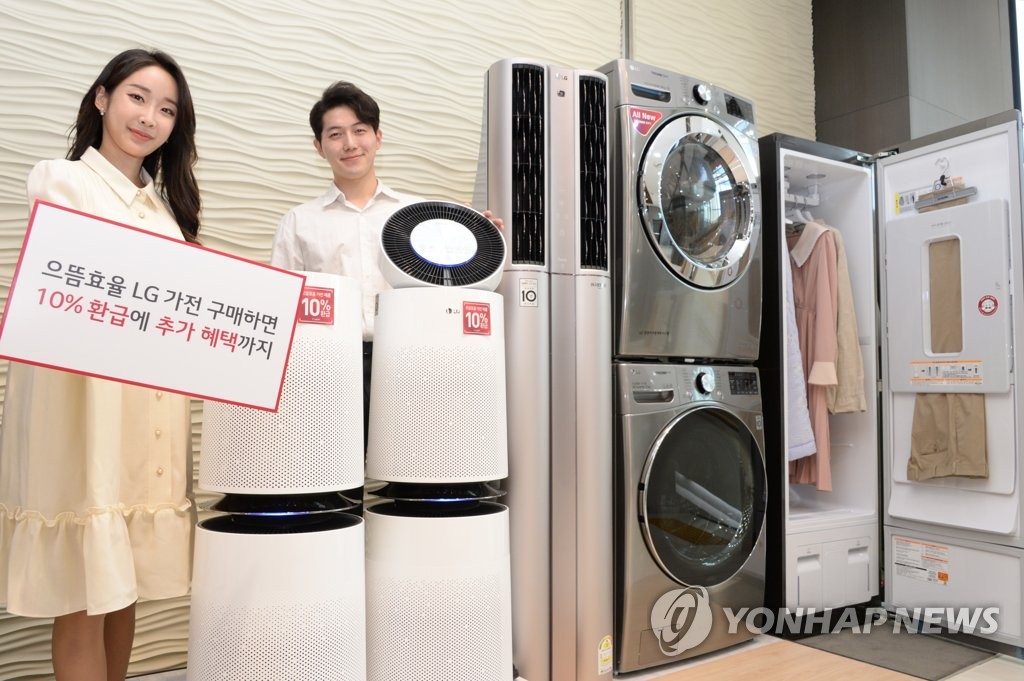 LG said its mobile communications unit racked up only 998.6 billion won in sales in the January-March period, down 33.9 percent from a year earlier, while its operating loss widened from 203.5 billion won to 237.8 billion won over the cited period, extending its losses to 20 consecutive quarters.

The company blamed supply disruptions in China and store closures in Europe and Latin America amid lockdowns.

LG said its business solution unit generated revenue of 1.71 trillion won, up 3.5 percent from a year ago, while its operating profit jumped 26.3 percent on-year to 212 billion won on the back of increased solar module sales and stable profitability from information displays.

To cope with the projected demand decline in the second quarter, LG said it will closely monitor market situations and will try to expand online sales for its home appliance business.

Despite the COVID-19 outbreak, LG said it expects solid growth in the domestic market, with its sales here recovering to last year's levels in June and rising by 10 percent in the third quarter. In the first quarter, 35 percent of LG's home appliance sales came from the home turf. 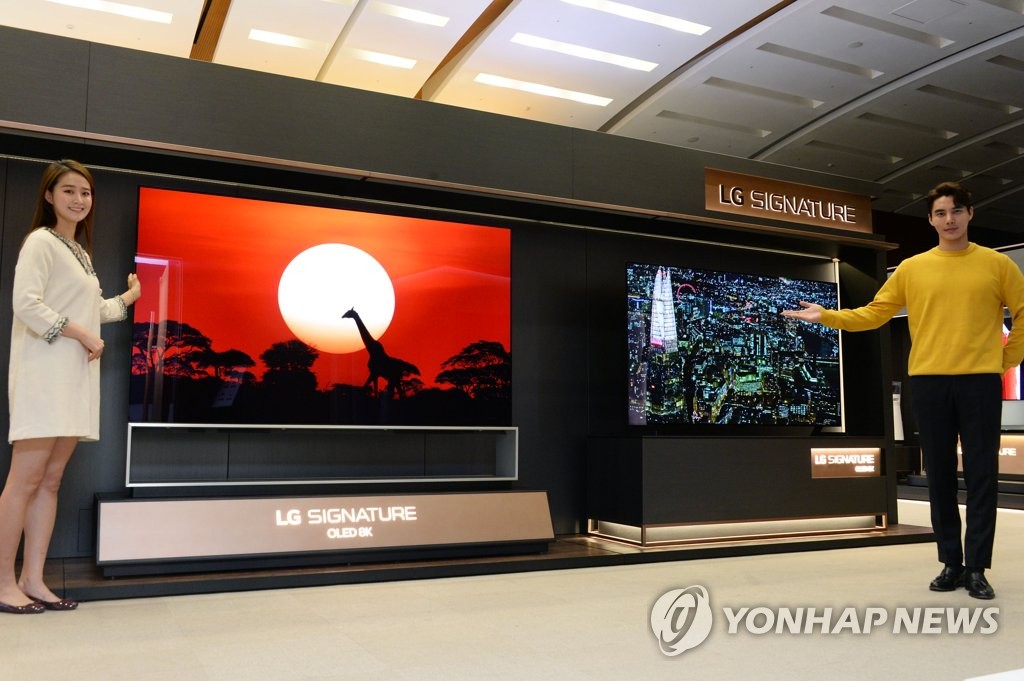 For its TV business, the company said it targets expanding premium products and efficiently managing its resources.

LG said it pins big hopes on its new smartphone, LG Velvet, which will be introduced next month, for the recovery of its mobile business. The company added that it also aims for its 5G smartphones to account for 30 percent of its total handset sales this year, up from 13 percent last year.

LG revealed during a conference call that it is preparing to develop flagship smartphone products priced over $1,000 by applying a differentiated form factor.

LG did not provide information about its capital expenditure in the first quarter but said that it plans to increase investment in automation and cloud-related solutions following the COVID-19 crisis.

Shares in LG Electronics advanced 2.43 percent to close at 54,900 won, outperforming the KOSPI's 0.7 percent gain. The earnings results were released before the market closed.