SEOUL, April 29 (Yonhap) -- In a key ruling that acknowledged the risks of unsafe work environments on a fetus, South Korea's top court on Wednesday ruled in favor of nurses who claimed their children's congenital heart defects should be covered by workplace accident compensation.

The Supreme Court ordered the Seoul High Court to review its decision that the nurses were not eligible to receive government compensation given to workplace accident victims.

"The mother's body and a fetus are considered a 'single unity' in interpreting the Industrial Accident Compensation Insurance Act," the court said, stressing that female employees and fetuses should be sufficiently protected from unsafe work factors.

The court also said that work-inflicted health damages on a fetus should be seen as a workplace accident, regardless of whether the harmful work environment affected the employee's work capacity. 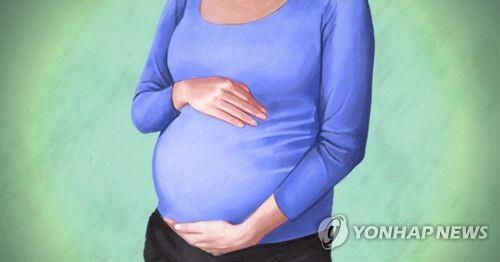 Four nurses who worked for Jeju Medical Center on the country's southern resort island of Jeju filed a complaint against the Korea Workers' Compensation and Welfare Service after it denied their request for work accident compensation.

The plaintiffs, who became pregnant in 2009, all suffered symptoms of miscarriage before giving birth the next year. Their four babies were all born with congenital heart defects.

The mothers claimed that the harmful work environment at the hospital, such as irregular shifts, lack of staff and grinding hazardous pills for older patients who could not swallow them, consequently affected their children's conditions.

They argued that the case should be eligible for workplace accident compensation. The government organization contended that such compensation is only eligible for the workers themselves and does not extend to their children.

A lower court ruled in favor of the nurses, while the appeals court overturned the ruling.