The fire started at the construction site in Icheon, 80 kilometers southeast of Seoul, around 1:32 p.m., according to firefighters. Three other workers were reported injured.

Icheon is home to SK hynix inc., the world's second-largest maker of DRAM chips, as well as a large number of warehouses and storage facilities for retailers.

Authorities fear that the death toll may rise, as 14 individuals from the total workforce of 190 at the site are unaccounted for.

"The blaze seems to have started at the underground level of the site. We have mobilized all available resources to extinguish the fire," a fire official said. 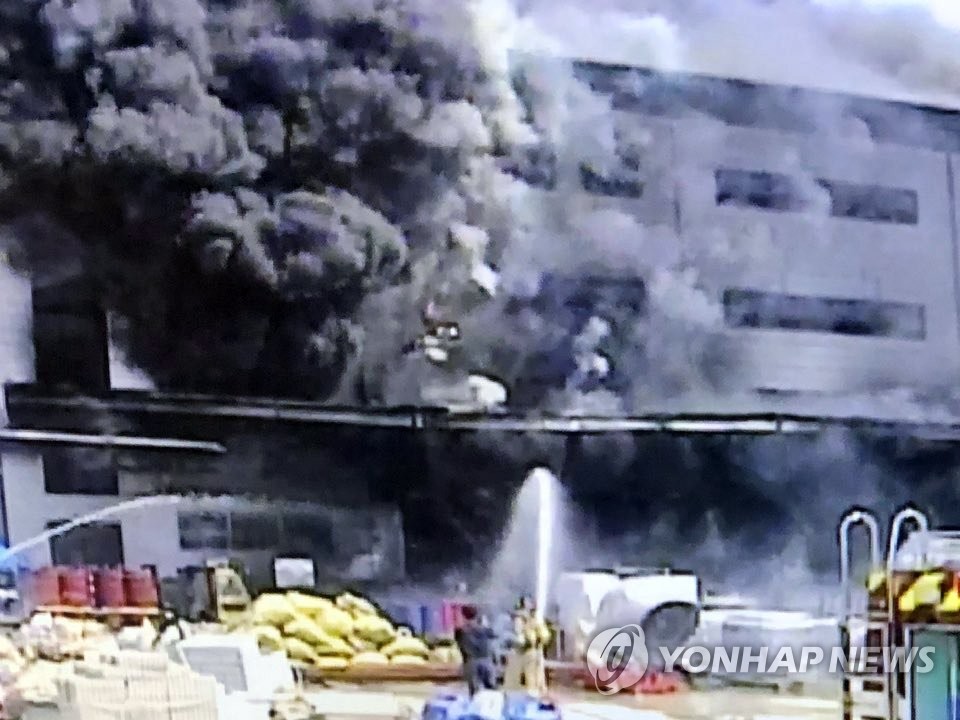