The Korean branch of the U.K.-based non-governmental organization has chosen the late activist as a recipient of the 22nd Amnesty International Korea Media Awards, acknowledging Kim's dedication to justice for sex slavery victims.

Up to 200,000 women, mostly Koreans, were forced into sexual servitude in Japanese military brothels during World War II, when the Korean Peninsula was under Japanese colonial rule, according to historians. Those sex slaves were euphemistically called "comfort women." 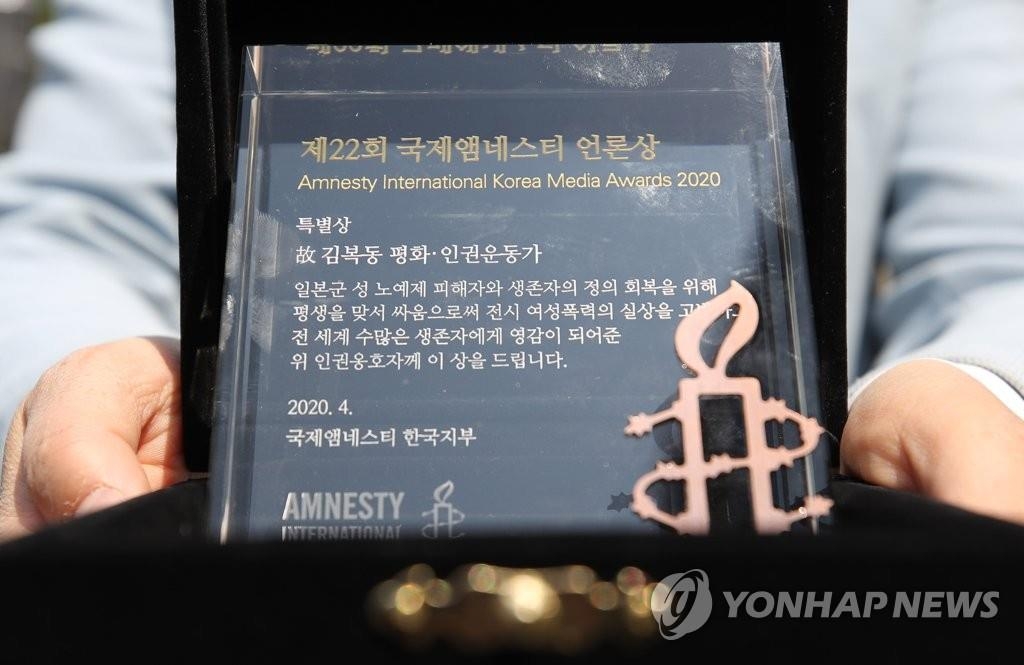 The award ceremony took place during the decadeslong weekly protest in downtown Seoul to support the victims and condemn Japan's repeated denials of wartime atrocities.

"Activist Kim Bok-dong never gave up on committing herself to efforts to ensure that hurts and misery she had experienced would never be repeated again onto others till the day she left this world," said Shin Min-jeong, head of Amnesty International's Korean branch.

"Her work deeply moved us, gave courage throughout the world and inspired us," she said during the award ceremony. The posthumous award was given to Lee Na-young, head of The Korean Council, the organizer of the weekly protest.

The protest, which began in 1992, has been replaced by online events due to the coronavirus pandemic for the past two months, but Wednesday's event was physically attended by a small group of activists and officials. 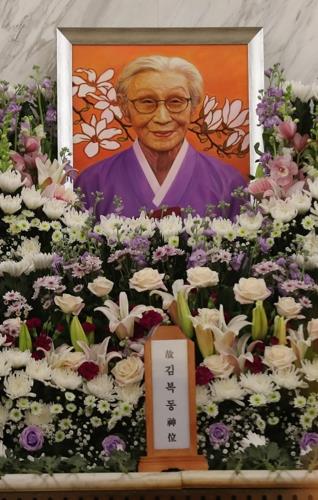