(ATTN: UPDATES throughout with responses from Cheong Wa Dae and foreign ministry)

SEOUL, April 30 (Yonhap) -- U.S. President Donald Trump said South Korea has agreed to pay more for the stationing of American troops in the country, according to a news report.

"We can make a deal. They want to make a deal," Trump was quoted as saying in an interview with Reuters on Wednesday (U.S. time), referring to the negotiations to determine how to divide the cost for the upkeep of about 28,500 U.S. troops stationed in South Korea.

"They've agreed to pay a lot of money. They're paying a lot more money than they did when I got here," he said.

"We have nothing to announce yet in regard to the defense cost-sharing deal," a Cheong Wa Dae official said Thursday in a phone call with Yonhap News Agency.

"The basic principle of a negotiation is that nothing is agreed until everything is agreed," another key official at Cheong Wa Dae told reporters Thursday. "Nothing has been agreed on yet."

The foreign ministry also said it is negotiating with the U.S. but an agreement has yet to be reached.

Trump said last week that he rejected South Korea's offer because he felt the Asian ally should pay more. An earlier news report said South Korea suggested a 13-percent increase from the 2019 share of US$870 million for the stationing of the 28,500-strong U.S. Forces Korea.

Foreign Minister Kang Kyung-wha said Tuesday that the amount Trump had rejected was "the highest possible level for us," suggesting the prolonged impasse between the two countries will continue.

More than 4,000 South Korean employees of U.S. Forces Korea have been placed on unpaid leave since April 1 due to the absence of a new defense cost-sharing deal, known as the Special Measures Agreement, to cover their salaries.

The previous SMA, under which Seoul agreed on an 8.2 percent increase, expired at the end of 2019. 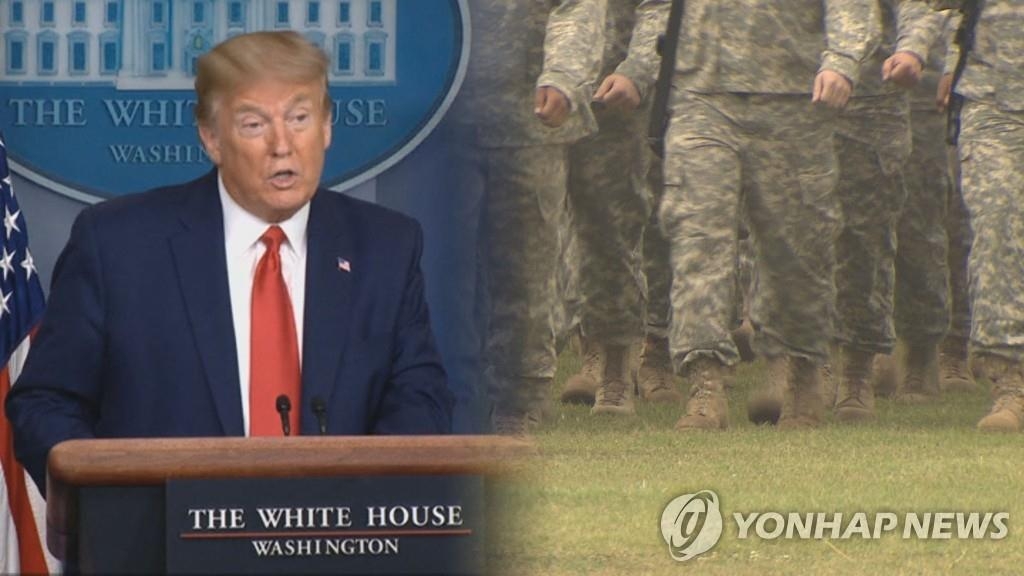