WASHINGTON, April 30 (Yonhap) -- The United States is preparing for any eventuality in North Korea as it monitors the regime closely amid unconfirmed reports about leader Kim Jong-un's ill health, Secretary of State Mike Pompeo said Thursday.

Speaking on a radio program, "The Scott Sands Show," Pompeo said it is unusual, but not unheard of, that the North Korean leader has not appeared in public for over two weeks.

Kim was last seen presiding over a politburo meeting of the ruling Workers' Party on April 11.

"But beyond that, I don't have much that I can share with you today," Pompeo said. "We are continuing to monitor closely. We are working to make sure we're prepared for whatever eventuality there is. And President Trump's made clear whatever is going on, we have a very singular mission, and that's to implement the terms of the deal from Singapore, which involves making sure that that country doesn't have nuclear weapons and that we get a brighter future for the North Korean people." 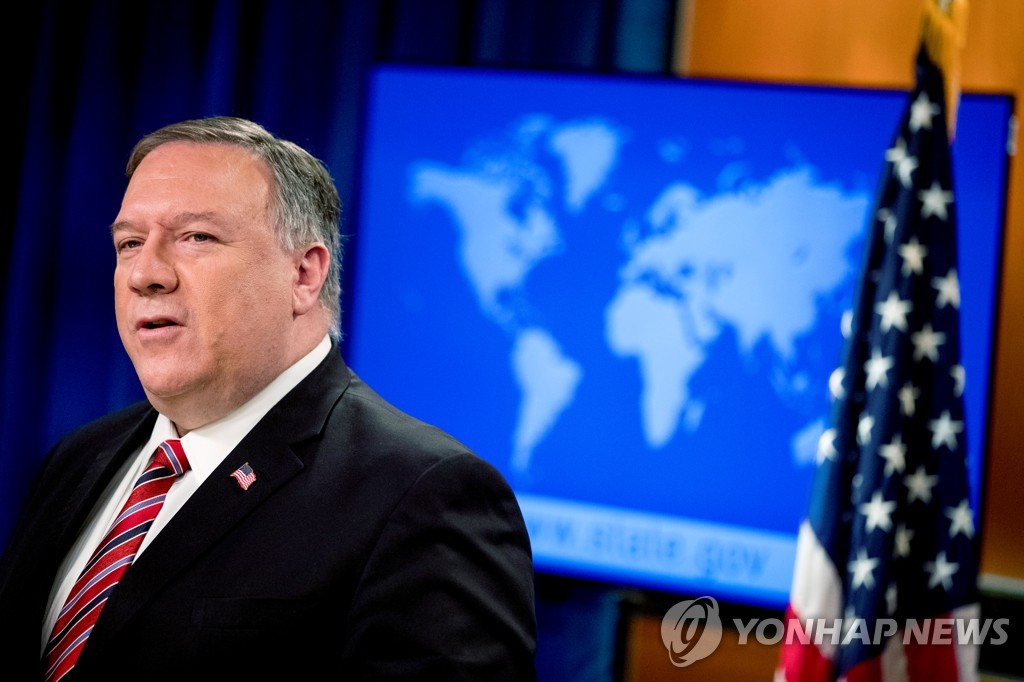 Pompeo has repeatedly stressed that the U.S. remains focused on denuclearizing North Korea regardless of what may happen inside the regime.

News reports have described Kim as being in "grave danger" after surgery or hiding out at a coastal resort to escape the coronavirus pandemic.

In an interview with Fox News on Wednesday, Pompeo said the U.S. has not seen Kim but continues to monitor the regime closely, including for the possibility of a famine.

In a later interview with the same outlet, he said the U.S. objective is still the "final and fully denuclearized North Korea."

Asked again about Kim's status at a press briefing Wednesday, Pompeo said: "Our mission is the same, regardless of what transpires inside of North Korea with respect to their leadership."

He said that mission is to deliver on U.S. President Donald Trump and Kim's agreement on a "fully denuclearized, verified denuclearization of North Korea."

The U.S. is still hopeful the two sides will get an outcome that is good for the people of both countries and the world, he added.

Trump and Kim agreed at their first summit in Singapore in June 2018 to "work toward" complete denuclearization of the Korean Peninsula in exchange for U.S. security guarantees.

Despite the agreement, and two more meetings between the leaders, nuclear talks between the countries have stalled for more than a year due to differences over how to match the North's denuclearization steps with U.S. concessions, such as sanctions relief.

Trump indicated Thursday that he was informed about Kim's situation.

"I understand what's going on, and I just can't talk about Kim Jong-un right now," he said at a White House event about protecting seniors. "I just hope everything is going to be fine. But I do understand the situation very well."

(LEAD) Pompeo: U.S. preparing for any eventuality in N. Korea

(LEAD) Pompeo: U.S. preparing for any eventuality in N. Korea