WASHINGTON, April 30 (Yonhap) -- U.S. President Donald Trump said Thursday that he understands the situation with North Korean leader Kim Jong-un, who has been reported to be gravely ill, but refused to discuss it and continued to wish him well.

Trump's comments follow unconfirmed reports that Kim is in "grave danger" after surgery or hiding out at a coastal compound to escape the coronavirus pandemic.

"I understand what's going on, and I just can't talk about Kim Jong-un right now," Trump said at a White House event about protecting seniors. "I just hope everything is going to be fine. But I do understand the situation very well." 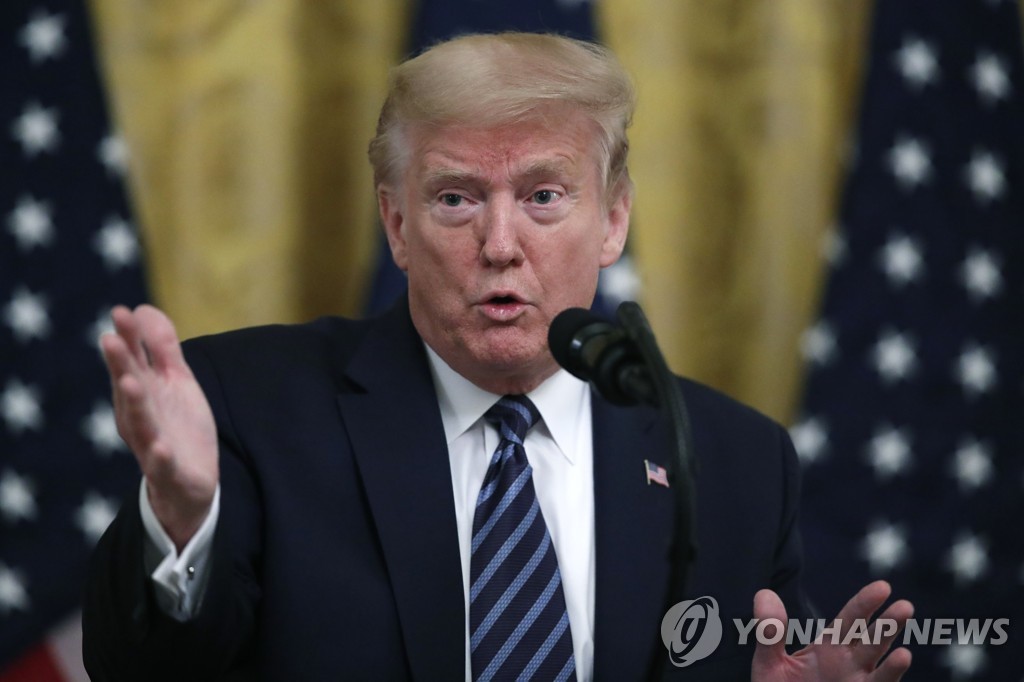 Trump initially said last week that the U.S. didn't know if the reports were true and later dismissed one particular report by CNN as "incorrect."

The cable network had cited a U.S. official as saying that Washington was looking into intelligence that Kim was in "grave danger" following surgery.

This week, Trump told reporters he had a "very good idea" about Kim's current condition and the media would likely find out "in the not too distant future." At the same time he said nobody knew where the North Korean leader was.

Thursday was at least the second time Trump was asked by a reporter whether Kim was still alive, and he did not directly respond.

Kim has been out of public view since April 11, when he presided over a politburo meeting of the ruling Workers' Party.

Last month Trump sent a letter to Kim -- one of a series of missives exchanged between the leaders -- to offer U.S. assistance with COVID-19.