SEOUL, May 1 (Yonhap) -- The government approved details in a Cabinet meeting Friday to allocate a 12.2 trillion-won (US$10 billion) extra budget to fund emergency handouts for households over the new coronavirus.

The move is a follow-up to the National Assembly's passage of the supplementary budget designed to provide emergency aid to all households to help them cope with the economic impact of COVID-19.

At a provisional Cabinet meeting, Prime Minister Chung Sye-kyun ordered government officials to take steps for the swift provision of the money to people.

The government originally proposed a 7.6 trillion-won extra budget designed to dole out the money to the bottom 70 percent of the income bracket.

But the scope of the recipients was expanded to all households in consideration of the pandemic's far-reaching negative impacts on the Korean economy.

It is the second extra budget related to the fallout from the virus, following an 11.7 trillion-won one created in March. The government plans to seek another supplementary budget that experts say may reach nearly 30 trillion won. 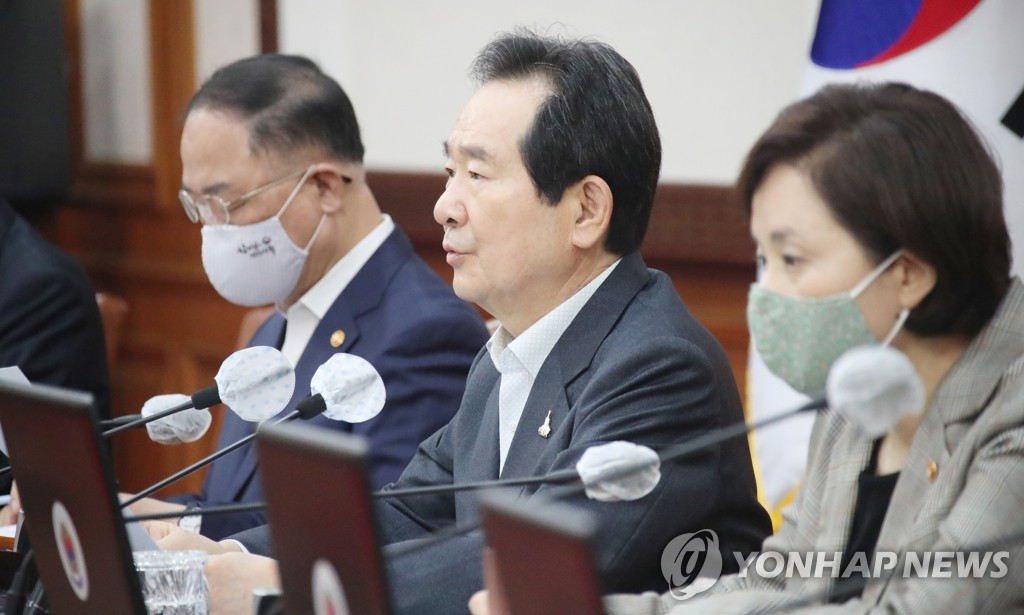