SEOUL, May 1 (Yonhap) -- Mercedes-Benz Korea Ltd. said Friday that Bjorn Hauber in charge of the German carmaker's Sweden and Denmark operations will replace the country's current chief in August.

Mercedes-Benz Korea President and Chief Executive Dimitris Psillakis will complete his five-year tenure and begin his new position as head of sales and product management at Mercedes-Benz USA on Sept. 1, the company said in a statement.

Hauber has contributed to the strategy development and sales increase of Mercedes-Benz's environment friendly vehicles in Sweden and Denmark, it said. 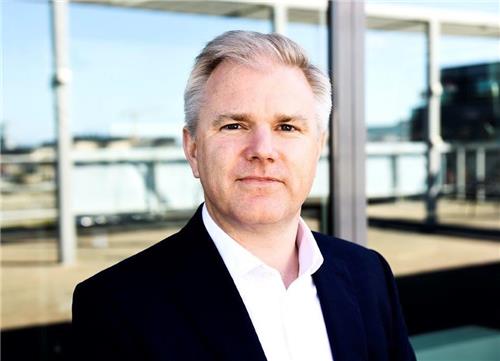 "I am extremely pleased to have been appointed as the new President and CEO of Mercedes-Benz Korea. I will make all efforts to continue the success in the Korean market by providing Mercedes-Benz's unique value and the best customer experience," he said in the statement.

In the January-March period, Mercedes-Benz Korea sold 15,400 vehicles in Asia's fourth-biggest economy, up 11 percent from 13,849 units a year earlier, according to the Korea Automobile Importers and Distributors Association (KAIDA).

German brands that include Audi-Volkswagen and BMW sold a combined 34,093 autos in the first three months, up 28 percent from 26,748 units a year ago, it said.

When it comes to a market share, they accounted for 62 percent of the Korean imported passenger vehicle market during the three-month period, which means 6 out of 10 imported cars sold here were from Germany.