SEOUL May 1 (Yonhap) -- A firefighting helicopter with seven people aboard crashed Friday into Mount Jiri in the southern region of South Korea, seriously injuring two people.

The chopper crashed into the Cheonwangbong Peak of the mountain in Sancheong County, South Gyeongsang Province, around 12:07 p.m., according to the fire authorities.

The helicopter, which was on a rescue mission at the mountain, carried seven people -- five crew members and two mountain climbers.

The five rescue workers do not appear to have sustained serious injuries as the chopper was flying low for the operation.

But two others, including a patient, were immediately transported to hospital as they are in serious condition.

Fire authorities are investigating the exact cause of the accident. 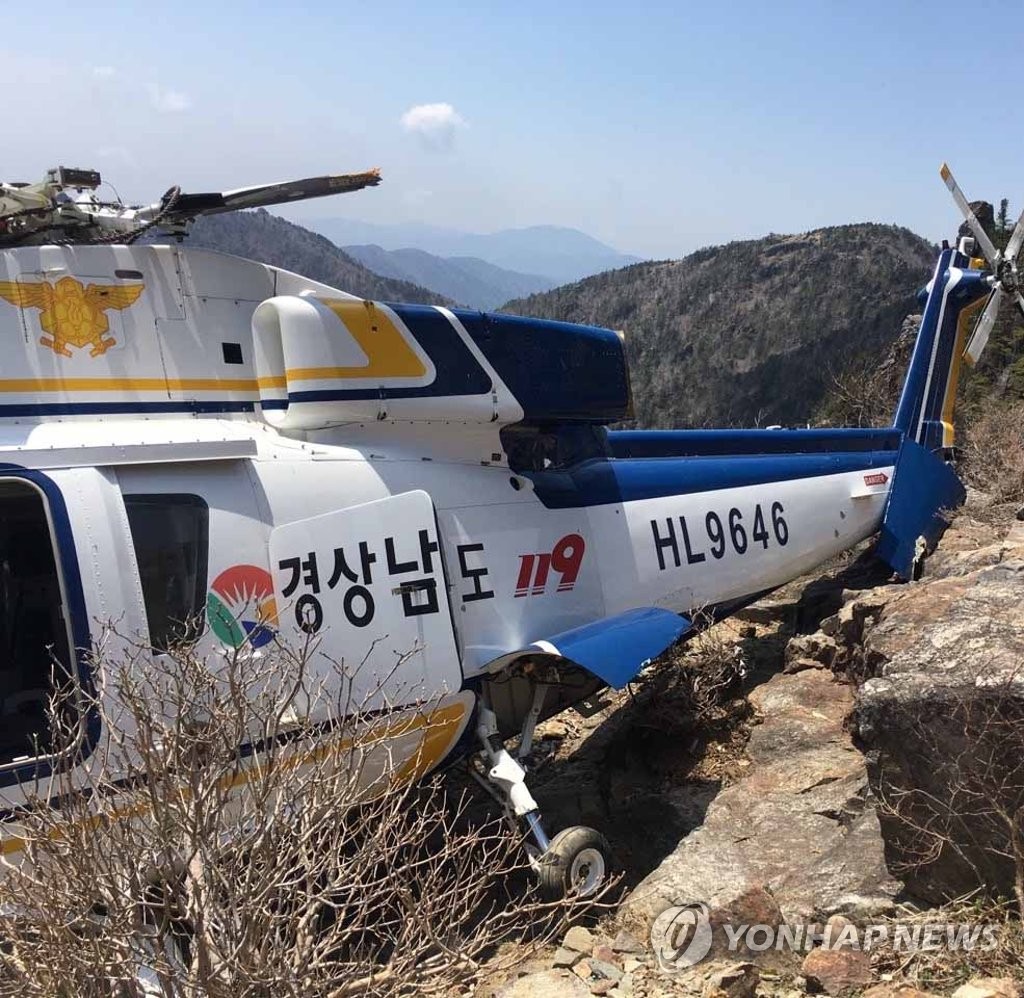 (LEAD) Firefighting helicopter with 7 aboard crashes

(LEAD) Firefighting helicopter with 7 aboard crashes