SEOUL, May 1 (Yonhap) -- The K-pop world is bracing for one of the highest-profile K-pop matches this upcoming summer that will pit the two overridingly top girl bands, TWICE and BLACKPINK, against each other.

In about five years since their debuts in 2015 and 2016, respectively, TWICE and BLACKPINK played instrumental roles in broadening the global horizon of K-pop and Korean female musicians, soaring into internationally recognized pop icons.

The two such heavyweight female groups are on course to return with new music releases this summer, staging a glamorous battle between the two K-pop queen groups and boosting the profile of the summer music scene here.

The first to return to the scene is likely to be the multinational girl band, TWICE.

Speaking to an online streaming event earlier this week, the nine-member band announced its plan to drop a new single, "More & More," on June 1.

It is the band's first music release since the previous EP, "Feel Special," dropped in September, probably bringing together all the nine members after Japanese member Mina had been absent since late 2019 due to health issues.

Mina has appeared alongside other members in recent TWICE promotion events, including the online streaming event this week. 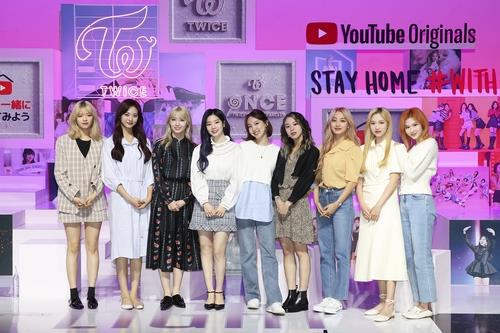 Fans also started to count down the announcement of BLACKPINK's return after its management agency, YG Entertainment, has repeatedly hinted at the quartet's return in early 2020.

According to YG, BLACKPINK started recording new songs for the envisioned album as early as December, paving the way for their upcoming return to the music scene.

The return of the two most successful girl bands the K-pop scene has ever nurtured comes at the height of the bands' global music careers, 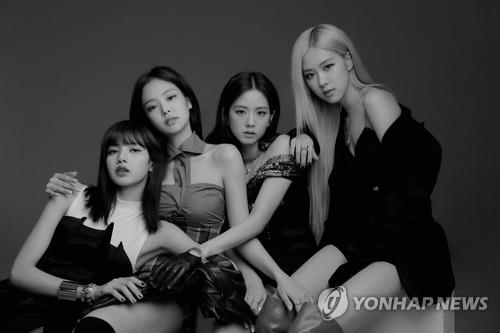 This year, BLACKPINK also posted several YouTube records, proving itself as one of the most influential K-pop acts.

Last month, the music video of the band's latest hit song, "Kill This Love," topped the milestone of 800 million Youtube views, making the band the first K-pop artists to have three songs with over 800 million views. "Kill This Love" was also listed as the only K-pop piece of the 10 most viewed music videos of the world in 2019.

This was after the music video of another hit song, "Ddu-du Ddu-du," topped 1.1 billion YouTube views in March, the strongest feat yet for any music videos by a K-pop band.

The band's 2019 Japanese full-length album, "&TWICE," was given the discographic title by the Japanese recording industry after selling 250,000 copies there. This marked the ninth platinum title the girl band has garnered in Japan.

A new YouTube original documentary series featuring the girl band, "TWICE: Seize the Light," also aired earlier this week in 81 countries and territories, telling the widely celebrated story of the band's ascent to the global fame.

The upcoming return of the two such high-profile girl bands is likely to be the crown jewel of the music scene this coming summer, furthering the allure and spectrum of K-pop.