SEOUL, May 1 (Yonhap) -- The body of the last-remaining South Korean teacher who went missing in a deadly avalanche in the Annapurna region in Nepal in January was discovered early Friday, Seoul's foreign ministry said, putting an end to the monthslong search for four Korean victims.

Nepalese authorities discovered the bodies of a South Korean woman and a Nepalese guide at about 11:45 a.m. near the accident site, and she was identified by the belongings she had on her when she was found, the ministry said.

She was among the four school teachers from South Korea, along with three Nepalese guides, who went missing on the famous trekking trail when a snowslide swept the area in the Himalayas in northwestern Nepal on Jan. 17.

South Korean and Nepalese officials have carried out search operations to find the missing trekkers, but bad weather conditions have hampered their efforts.

Last Saturday, the Nepalese authorities discovered the bodies of two of the four missing Koreans, and they found another body two days later.

The foreign ministry said it will work with the officials in Nepal to provide the families of the victims with all consular assistance necessary, including helping with funeral procedures. 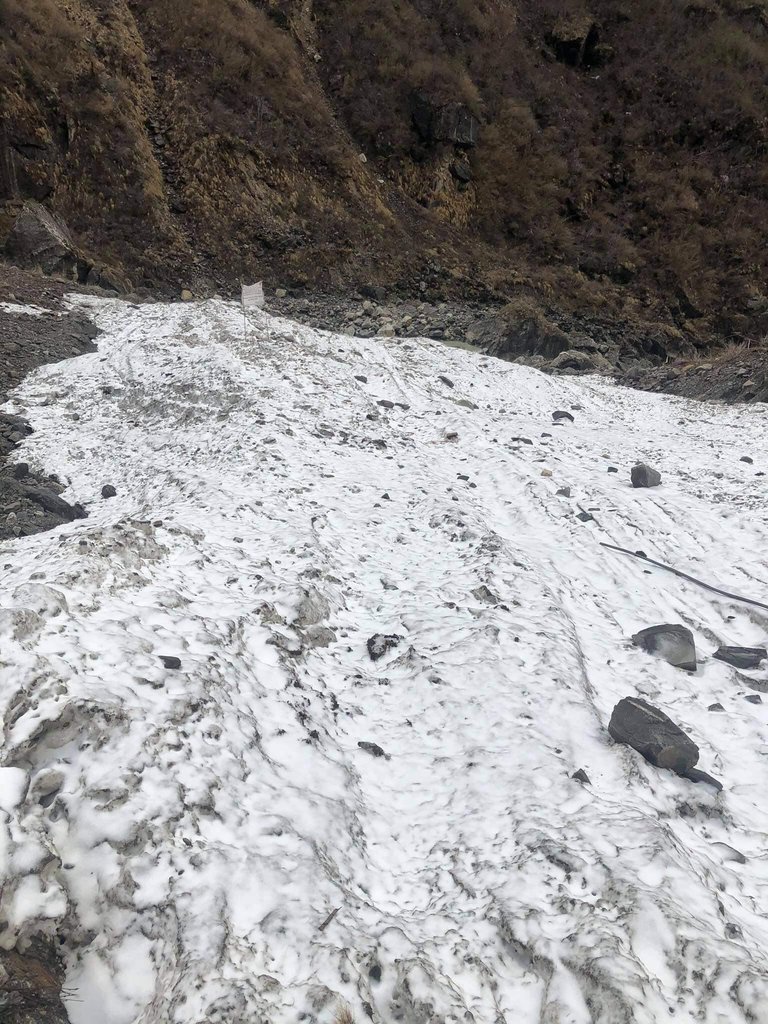