SEOUL, May 1 (Yonhap) -- A fire broke out late Friday near a mountain in Goseong, Gangwon Province, forcing at least dozens of people to evacuate and local authorities to call for help from nearby cities.

No casualty had been reported as of 10:20 p.m., but the fire was growing quickly due to strong winds, local rescue workers said.

The fire began at a house in the county located some 210 kilometers northeast of Seoul, and later spread to a nearby forest on gusts of wind.

A special warning for strong wind was issued earlier in the day in the region.

Goseong was the site of a catastrophic forest fire about a year earlier that also spread on strong gusts.

The 2019 inferno destroyed more than 1,300 buildings, including 400 homes, while killing one person.

Local authorities have issued a level-2 warning, which enables them to call in support, including firefighters, from other areas. 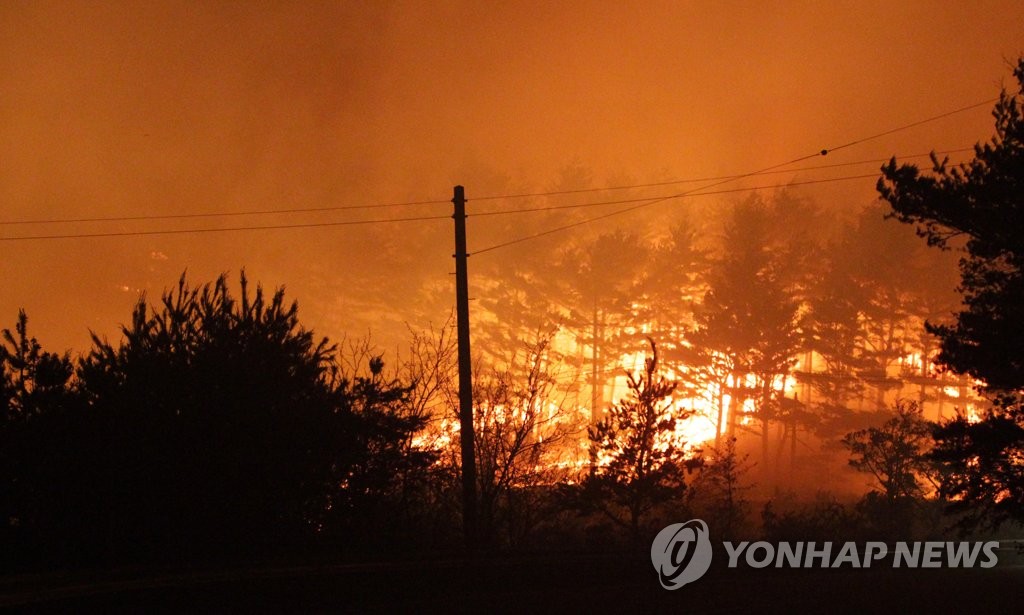