(ATTN: UPDATES throughout)
By Koh Byung-joon

The official Korean Central News Agency reported that Kim cut the tape at the ceremony marking the completion of Sunchon Phosphatic Fertilizer Factory in Sunchon, north of Pyongyang. But KCNA has not released photos of him or the ceremony yet.

It marked Kim's first public appearance since April 11, when he presided over a Politburo meeting of the ruling Workers' Party. His absence from an annual event marking the April 15 birth anniversary of his late grandfather and national founder, Kim Il-sung, sparked speculation he might be seriously ill. 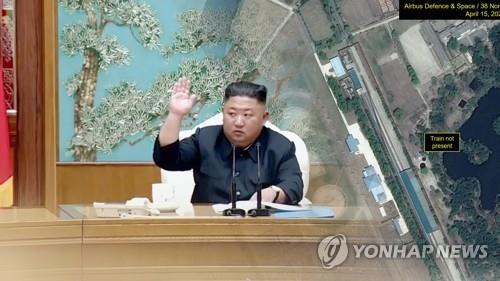