SEOUL, May 2 (Yonhap) -- Authorities said Saturday that fire fighters have put out most of the blaze on a mountain in Goseong, which forced hundreds of people to evacuate, with the operation expected to be completed by late afternoon.

The fire began at a house in the county located some 160 kilometers northeast of Seoul late Friday, and later spread to a nearby forest on gusts of wind.

Authorities have mobilized some 500 fire trucks and 39 helicopters to extinguish the fire, bringing the main blaze under control at around 8:00 a.m., roughly 12 hours after the flames broke out. 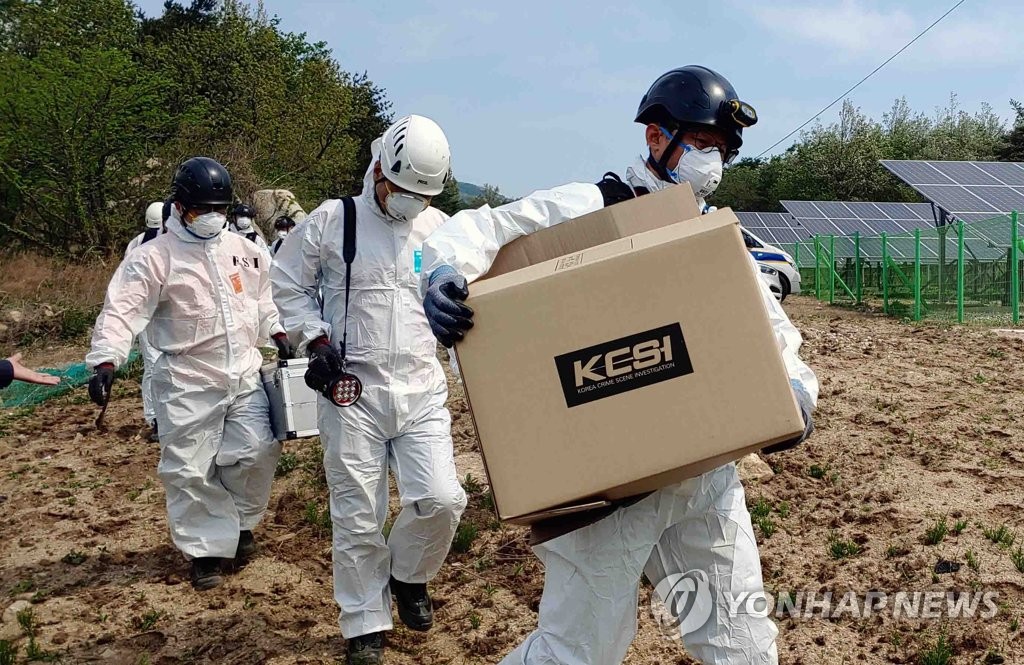 No casualties were reported from the fire, but the fire fighters were frustrated by strong winds. The fire is estimated to have destroyed 85 hectares of forest and some houses.

Authorities said the fire is expected to be fully extinguished by noon.

More than 300 residents have been evacuated due to the fire, along with some 1,800 military officials stationed in the region.

Goseong was the site of a catastrophic forest fire about a year earlier that also spread on strong gusts. The 2019 inferno destroyed more than 1,300 buildings, including 400 homes, while killing one person. 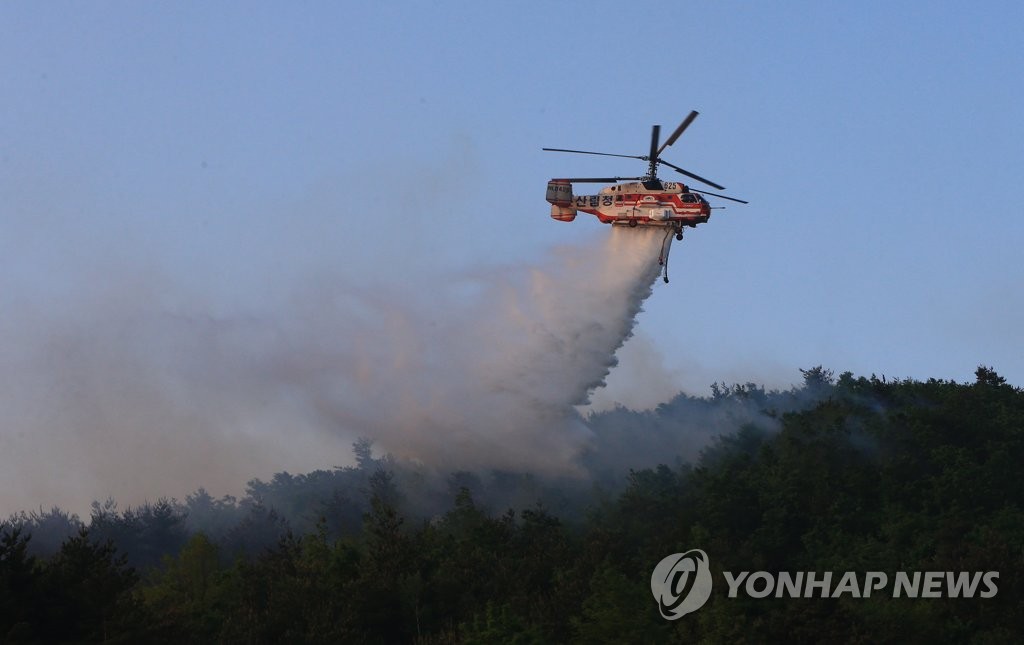