WASHINGTON, May 2 (Yonhap) -- U.S. President Donald Trump tweeted Saturday that he is glad to see North Korean leader Kim Jong-un "back and well" following rumors he was gravely ill or even dead.

Kim was shown in North Korean state media a day earlier, ending a 20-day absence from public view that sparked intense speculation about his whereabouts and health.

"I, for one, am glad to see he is back, and well!" Trump wrote in a retweet of what appeared to be a scholar's tweet embedded with photos of Kim at a May 1 ceremony marking the completion of a fertilizer plant in Sunchon, north of Pyongyang. 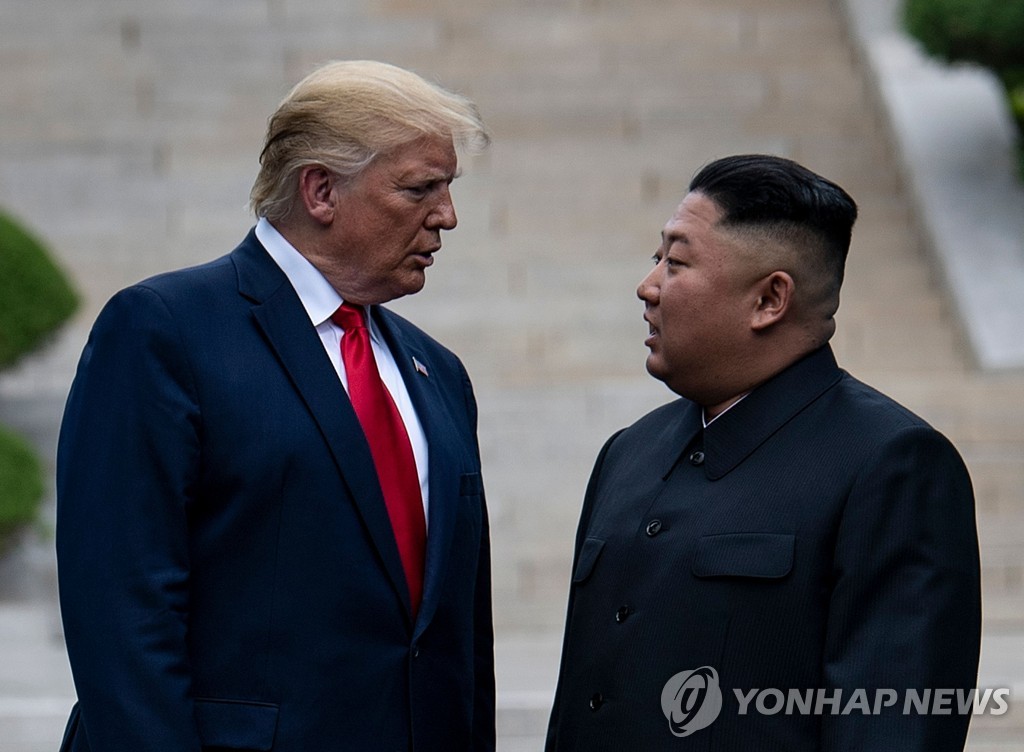 Trump declined to comment on Kim's reappearance on Friday, telling reporters he may have something to say about it at the appropriate time.

He refused to say whether Kim was still alive but when asked if he will be talking to the North Korean leader on the weekend, he said, "I may."

Trump had previously claimed he knew what was going on with Kim and dismissed a CNN report alleging that the leader was in "grave danger" as "incorrect."

Trump and Kim have met three times in a bid to dismantle North Korea's nuclear weapons program in exchange for U.S. concessions.

The negotiations have ground to a halt since their second summit in Vietnam in February 2019 due to differences over how to match their steps.

Trump has still bragged about his close personal relationship with Kim and insisted that had he not been elected president the U.S. would be at war with North Korea.

Trump says he is glad to see N.K. leader 'back and well'

Trump says he is glad to see N.K. leader 'back and well'