JEJU, May 3 (Yonhap) -- A larger-than-projected number of tourists visited South Korea's southern resort island of Jeju during the so-called golden holiday, keeping health authorities on alert amid the coronavirus pandemic.

South Koreans are on an extended holiday, with key public holidays and calendar events, such as Buddha's Birthday, Labor Day and Children's Day all falling in late April or early May this year.

Officials projected that roughly 25,000 more will arrive on the island on Sunday ahead of the Children's Day holiday scheduled for Tuesday.

The large groups of visitors have raised concern over possible transmissions of the new coronavirus.

The province's monitoring results showed that only around 60 percent of visitors at outdoor sightseeing sites wore masks.

Province officials said they plan to implement tightened measures against the virus by testing visitors whose temperatures measures above 37.3 degrees.

The province has checked 85 visitors at its airport's walk-through testing center during the four-day period, including 81 who came to Jeju after traveling abroad. 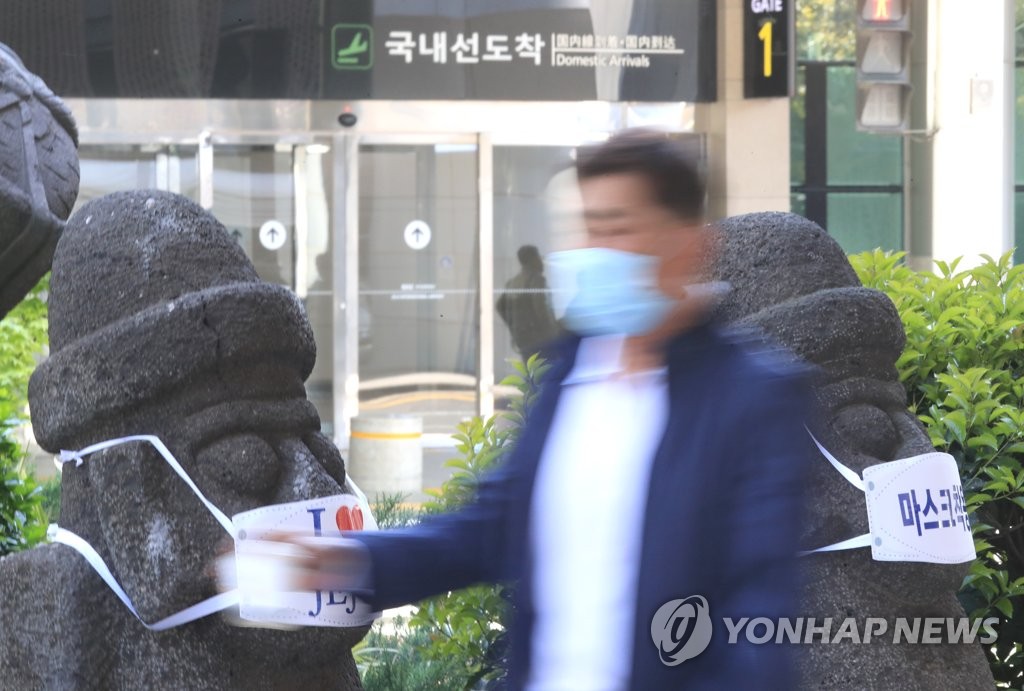