SEOUL, May 3 (Yonhap) -- When the 2020 South Korean baseball season begins Tuesday after over a month of delay, there will be at least three homegrown starters on the mound.

Managers for nine of the 10 Korea Baseball Organization (KBO) clubs announced their Opening Day starters during the annual media day on Sunday.

The new season was to have begun on March 28 but was pushed back to the Children's Day holiday on Tuesday due to the coronavirus outbreak. 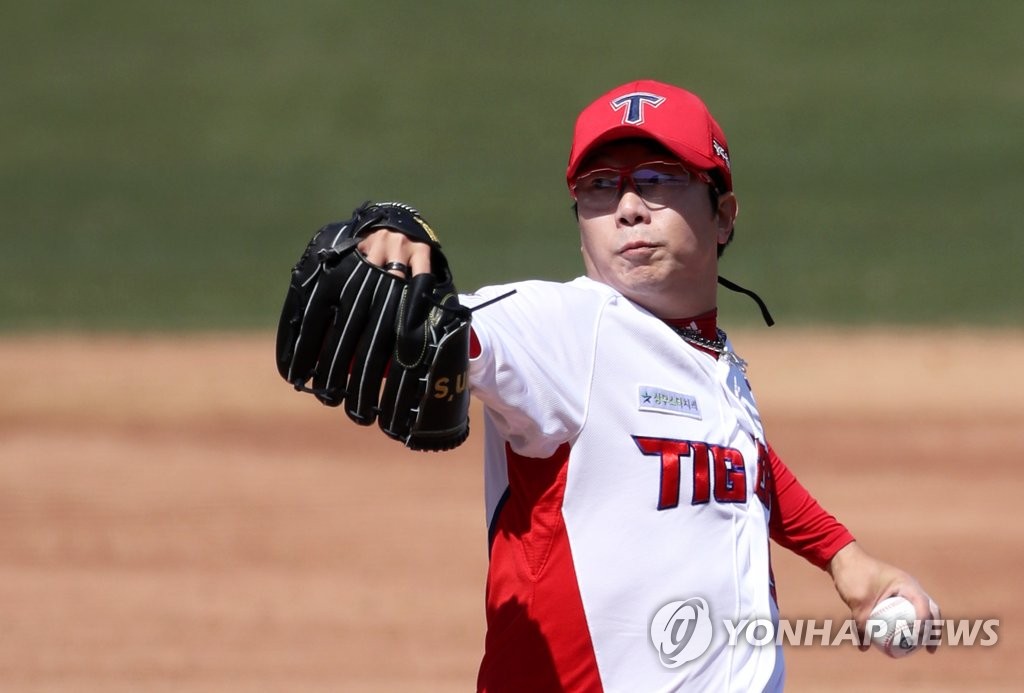 And the COVID-19 pandemic has created unusual situations in other areas. For one, the media day, normally held at a convention center with hundreds of fans allowed to attend, was taped behind closed doors via videoconferencing on Saturday and was broadcast via cable and web portals on Sunday. Managers and team captains connected from their respective home stadiums.

Lotte Giants' skipper Her Mun-hoe was the only one not to announce his starter for Tuesday's game. Her said first-year right-hander Dan Straily, a strong candidate for the assignment, is not 100 percent, and another American pitcher, Adrian Sampson, has gone back to the United States to tend to his ailing father. Her may opt for South Korean right-hander Park Se-woong, and the decision will come no later than Monday evening, the manager said.

This year, unique challenges presented by the COVID-19 pandemic forced some clubs to opt for South Korean hurlers to start the season. 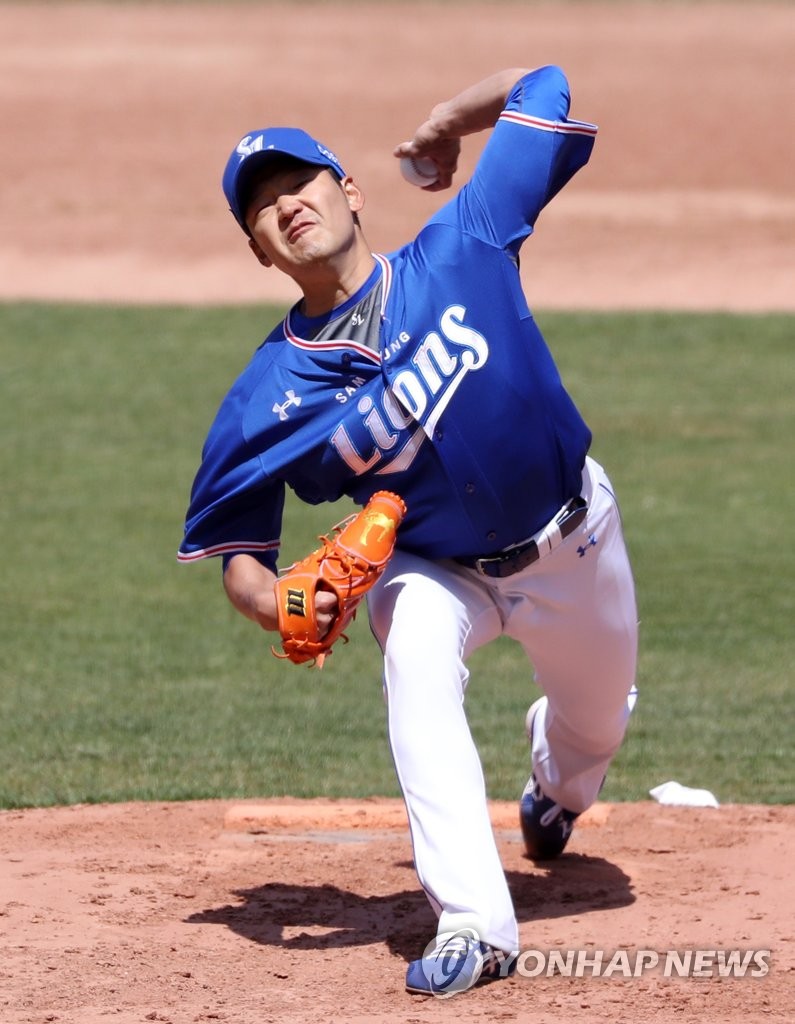 After the end of spring training in early March, five teams sent their American pitchers home to be with their families, with the coronavirus raging in South Korea. But as the situation in the U.S. started to worsen, those players were rushed back to South Korea before any travel ban was put in place. And upon their return toward the end of March, those players were ordered into 14-day quarantine, which threw their preparations off track.

Following the government-mandated quarantine, the LG Twins will not have their two American right-handers, Tyler Wilson and Casey Kelly, available for the opening series against the defending champions Doosan Bears.

In the clash of two Seoul-based clubs, the Bears will start right-hander Raul Alcantara on Tuesday at Jamsil Stadium. First-year righty Chris Flexen had been considered a possible Opening Day starter, but manager Kim Tae-hyoung chose Alcantara for his prior KBO experience. The Dominican pitcher spent the 2019 season with the KT Wiz.

The biggest Korean name to start on Tuesday will be Kia Tigers' ace Yang Hyeon-jong, who will be opening his third straight season and fourth overall. The 2017 regular season MVP will face the Kiwoom Heroes at Gwangju-Kia Champions Field in Gwangju, 330 kilometers south of Seoul. Yang has yet to record a win on an Opening Day.

The Heroes will have right-hander Jake Brigham for the second straight Opening Day. Though he had to be quarantined in March, Brigham has worked his way back into shape and earned the trust of his first-year manager Son Hyuk. 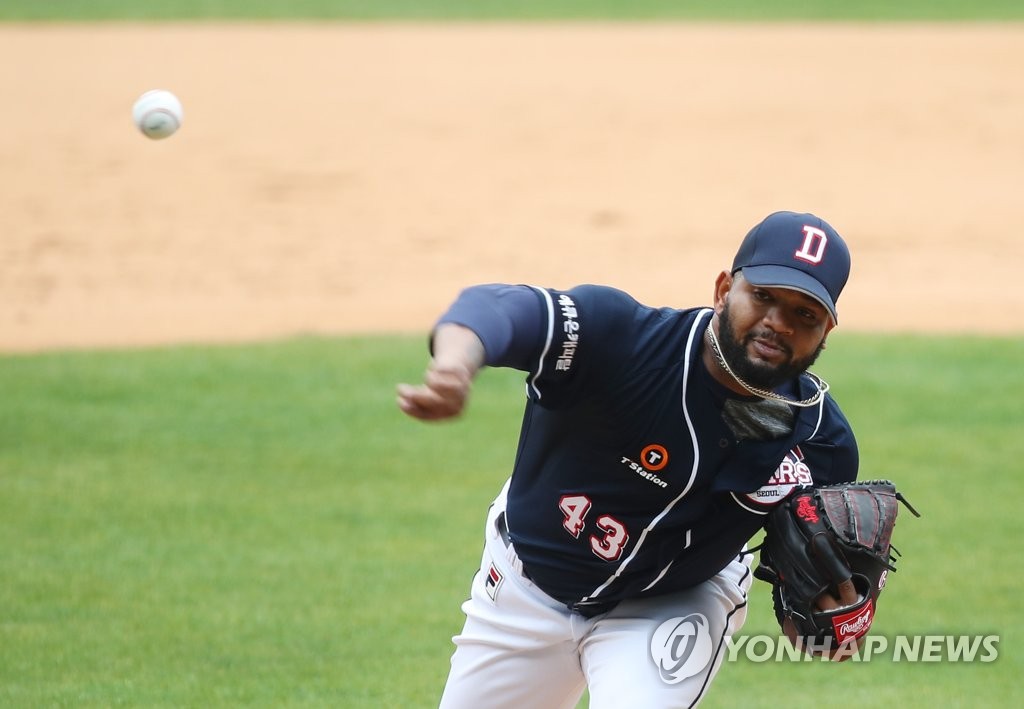 The Samsung Lions will have homegrown left-hander Baek Jung-hyun against the NC Dinos at Daegu Samsung Lions Park in Daegu, 300 kilometers southeast of Seoul. Baek will get his first Opening Day assignment ahead of Ben Lively and David Buchanan, both of whom had to be quarantined following their returns from the U.S.

The Dinos will counter with Drew Rucinski, who chose to return to South Korea following spring training with the rest of his team. Rucinski went 9-9 with two complete games and a 3.05 ERA in 2019, his first KBO season.

The KT Wiz, who joined the KBO in 2015, will have their first-ever Opening Day at home in Suwon, 45 kilometers south of the capital. New arrival Odrisamer Despaigne will have the honor of starting that game against the Giants.

In Incheon, some 40 kilometers west of Seoul, Nick Kingham of the home team SK Wyverns will go toe to toe against Warwick Saupold of the Hanwha Eagles.

This is Kingham's first KBO season, and his manager, Youm Kyoung-youb, tapped the right-hander as his Opening Day starter last week. Saupold will be starting his second straight Opening Day. 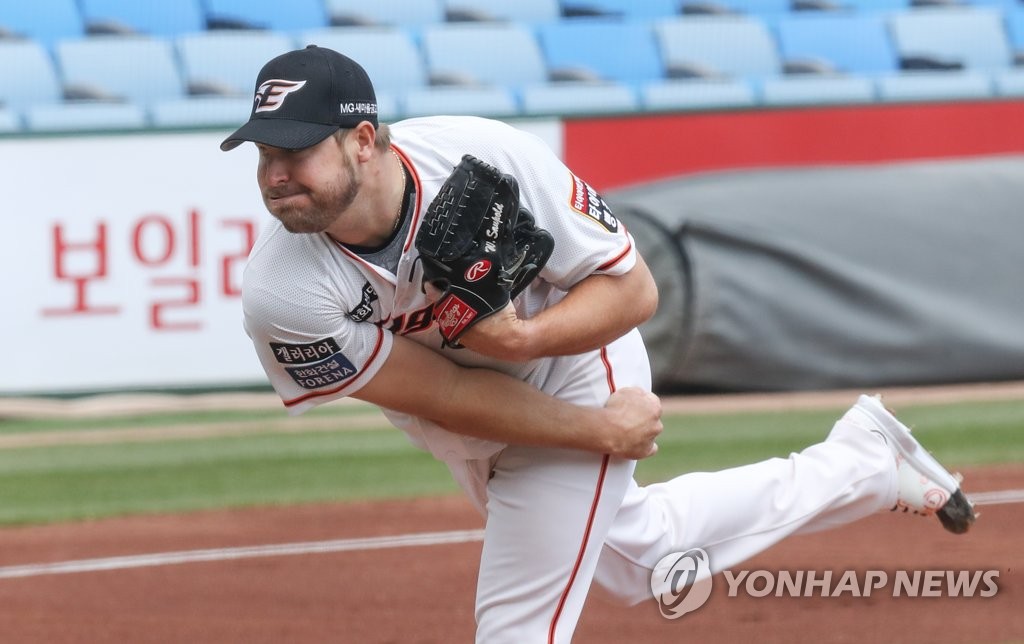