SEOUL, May 3 (Yonhap) -- A 3.1 magnitude earthquake struck South Korea's southwestern area on Sunday, the latest in a series of tremors that have hit the region in recent days, the Korea Meteorological Administration (KMA) said.

The temblor occurred at 10:07 p.m., 21 kilometers west-northwest of Haenam in South Jeolla Province, at a depth of 21 km, according to the agency.

The epicenter was at 34.66 degrees north latitude and 126.40 degrees east longitude, the agency said.

It is the 39th earthquake to hit the area since April 26. 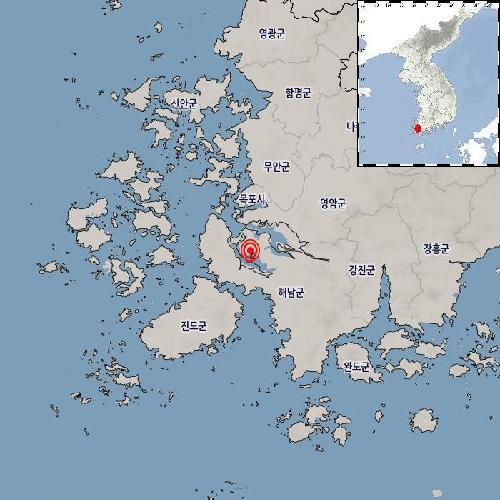