WASHINGTON/SEOUL, May 4 (Yonhap) -- U.S. Secretary of State Mike Pompeo has renewed Washington's goal of denuclearizing North Korea and creating a "bright future" for its people after North Korean leader Kim Jong-un's return to the public eye following his 20-day absence.

In an interview with ABC News' "This Week" on Sunday, Pompeo also cast the two Koreas' recent exchange of gunfire, which was triggered by the North's gunshots, as "accidental" amid worries that the flare-up of tensions could undercut efforts to resume dialogue with Pyongyang.

"That's been something President (Donald) Trump's been focused on since the beginning of his time in office and something we'll continue to work on," he added. 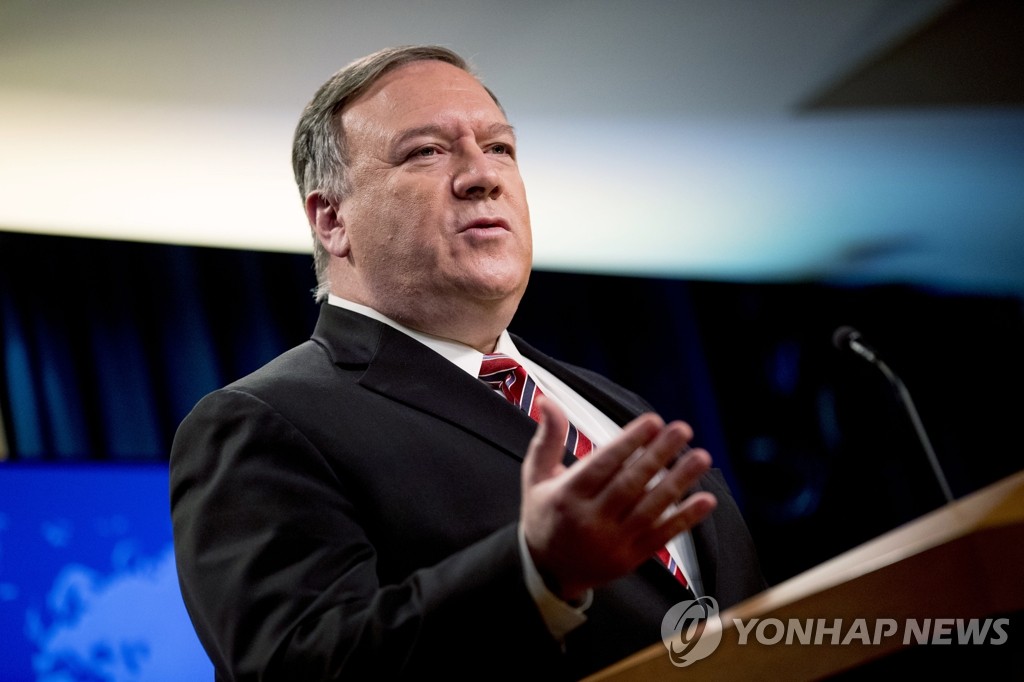 On Saturday, the North's official Korean Central News Agency reported on Kim's visit to a fertilizer factory completion ceremony in Sunchon, north of Pyongyang, on Friday, ending rumors of his failing health.

Kim had disappeared from the public view since he presided over a premier ruling party meeting on April 11. Various rumors emerged afterward, including Kim being in a coma after surgery or the ruler simply self-isolating over coronavirus concerns.

"There's not much that I can share with you about what we knew about Chairman Kim's activities during that time. We don't know why he chose to miss that moment," he said, referring to Kim's absence from an event marking the April 15 birth anniversary of his late grandfather and national founder, Kim Il-sung.

"We know there have been other extended periods of time where Chairman Kim's been out of public view as well, so it's not unprecedented," he added.

On Sunday, border tensions flared anew as Pyongyang fired several gunshots that hit a South Korean guard post at the Demilitarized Zone (DMZ), prompting the South to fire back.

Pompeo pointed out that there were no casualties on either side.

"We think those were accidental. South Koreans did return fire. So far as we can tell, there was no loss of life on either side," he said.

A Seoul official said the North's firings did not appear to be intentional. But the military authorities made it clear that the incident was a breach of the 2018 inter-Korean military pact aimed at building confidence and reducing border tensions.