"Comrade Kim Jong-un sent gratitude to exemplary instructors for carrying out their responsibility and role as basic propagandists, which have led workers to implement the party's policies," the Rodong Sinmun, the official newspaper of the ruling Workers' Party, said.

The paper said the instructors are full of passion to live up to the leader's expectations by continuing to "ideologically" encourage workers to continue their "frontal breakthrough" and move forward.

The report came after state media said Saturday that Kim attended a fertilizer factory completion ceremony a day earlier, his first public appearance after 20 days of absence that sparked rumors about his health, including the possibility of his death.

Photos released by state media showed Kim cutting a red ribbon during the ceremony and talking to accompanying officials with a smile on his face. They did not show any signs of an illness.

Despite Kim's prolonged disappearance from public view since he was last seen on April 11 presiding over a major party meeting, North Korean media outlets continued to carry articles on his routine schedules, such as sending out letters to foreign leaders or gifts to honored citizens and workers, though they provided no report or photo on his public activity. 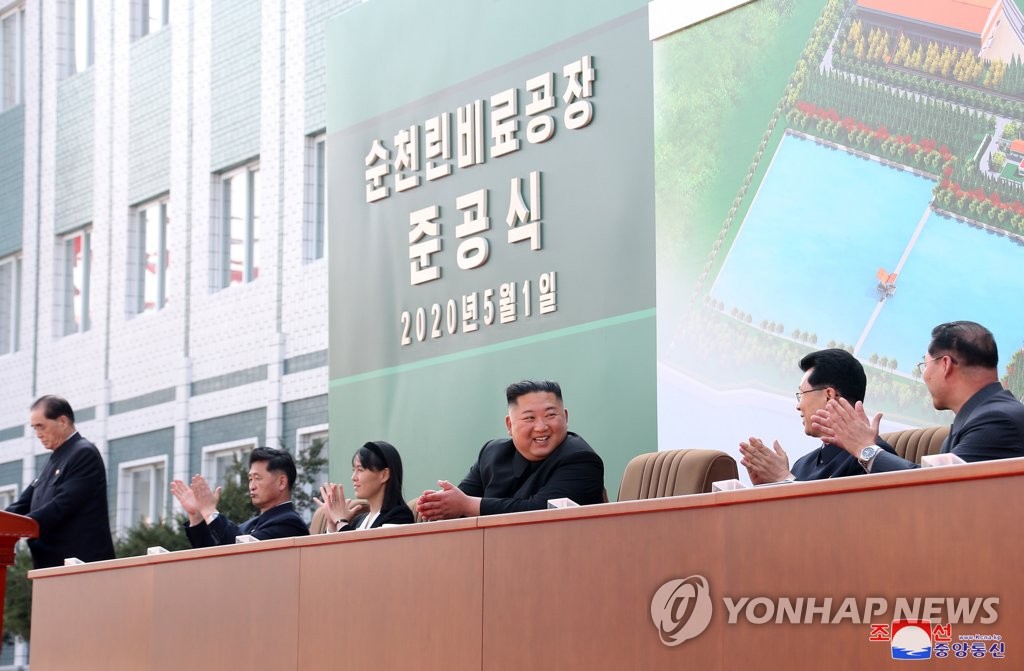