The Lotte Giants of the Korea Baseball Organization (KBO) said Straily will start their season opener against the KT Wiz on Tuesday. The first pitch is 2 p.m. at the KT Wiz Park in Suwon, 45 kilometers south of Seoul.

Straily, who pitched in 156 big league games before joining the Giants for this season, is the last of the 10 Opening Day starters to be named. 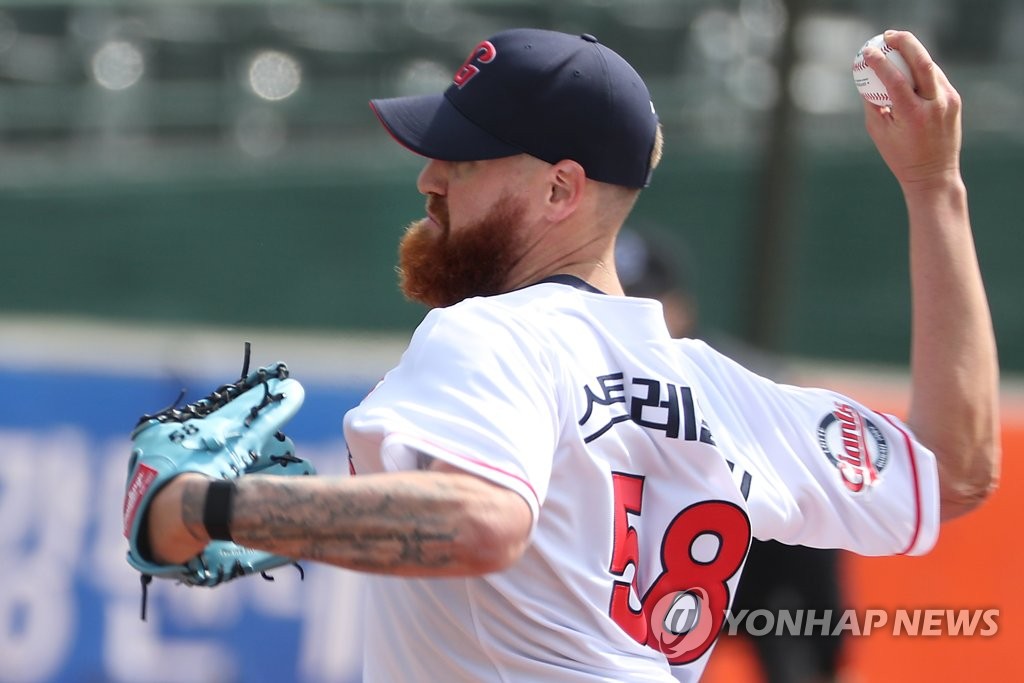 During the media day -- taped via videoconferencing Saturday and aired Sunday -- nine of the 10 managers revealed their starters for the first day of the season. But Her Mun-hoe of the Giants said he had not yet made up his mind, with Straily dealing with physical issues and another American pitcher, Adrian Sampson, having returned to the United States to see his ailing father.

Her said, in addition to Straily, two homegrown pitchers, Park Se-woong and Seo Jun-won, were also candidates for the Opening Day assignment. If Park or Seo had received the nod, it would have given the league four South Korean starters to begin the year, the most on an Opening Day since 2016.

But Straily, who has recovered from some back tightness and threw 40 pitches in the bullpen Saturday, ultimately got the call.

The Wiz will counter with Odrisamer Despaigne, another former major league pitcher.